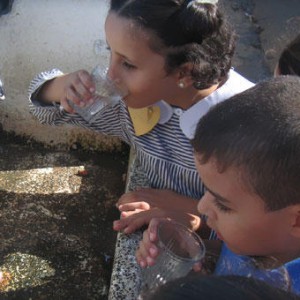 In his recent article published in The Spectator, former Prime Minister Tony Abbott has suggested that Australia should cut all Australian aid to the Palestinian people, based on the wholly unfounded claim that it is being used by the Palestinian Authority to “pay pensions to terrorists and their families”.

The funds that do aid the Palestinian Authority (approximately $10 million annually from 2016-2017) are pooled with aid from the United States, the European Union, and the United Kingdom in a Trust Fund that is managed by the World Bank and used for its financial reform and development program.

The remainder of the estimated $43.6 million that will be provided in 2016-2017 will contribute to other vital programs, including providing scholarships for young Palestinian leaders and contributing to a United Nations Children’s Fund (UNICEF) water and sanitation program that aims to promote healthier learning environments for children, particularly girls, in disadvantaged schools.

All Australian aid to Palestine is stringently monitored by Australia, the UN, the World Bank, and independent NGOs. As Foreign Minister Julie Bishop recently stated, the aid program in the region has “robust risk management and due diligence assessment processes”.