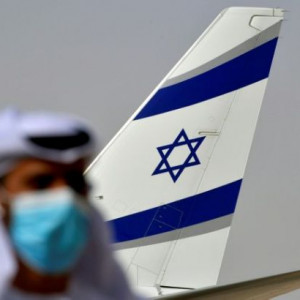 (September 1, 2020): "The Trump administration is desperate to showcase the dubious agreement between Israel and the UAE as a historic achievement. Having failed to bash the Palestinian people into submission by accepting Trump's “Deal of the Century”, Trump and his team are frantically seeking a White House spectacle that can improve his chances in elections. Nevertheless, the true intentions and actions of the US administration and Israel are quite visible on the ground. They betray a strategic colonial project that steals both land and resources, attempts to hijack the Palestinian people's narrative, and devalues Palestinian lives and rights.

The theatrics, carefully choreographed optics, and hollow statements cannot cover up the fact that what the US administration and Israel are doing is manipulating the genuine requirements of peace for the sake of serving Trump's re-election bid and salvaging Benjamin Netanyahu’s political and personal future.

Jared Kushner's visit and message entrench aggression, injustice, and impunity at the expense of legality and human rights. In this context, his statement about "keeping options on the table" regarding annexation betrays a deliberate equivocation as well as a lack of understanding of the region and its realities. Such a destructive ambiguity also applies to the promise of supplying the UAE with F-35 warplanes – a promise whose veracity is yet to be tested, given the US' commitment to Israel's continued strategic military dominance in the region.

The Trump administration is cynically exploiting the instability and various conflicts in the region and the insecurity of authoritarian regimes in order to reposition Israel within the region as a major military, intelligence, economic, and political power and normalize its aggression at the expense of the Palestinian people and the real requirements of a just and genuine peace."