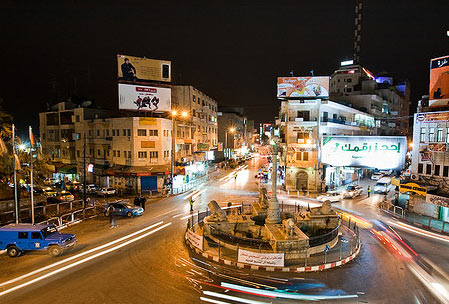 Palestine is a Middle Eastern nation-state covering 6,220 km2 of land across the Gaza Strip and the West Bank; sharing borders with Israel, Jordan, Egypt, Lebanon, and Syria. The capital city is East Jerusalem, with government administration being temporarily based in Ramallah. The government is a mixed presidential and parliamentary system. The accepted currencies in Palestine are Israeli shekels, Jordanian dinars, and US dollars.

The population of the State of Palestine is estimated at 4.55 million people, with an average population density of 731 people per km2. The most populous city is Gaza City, with 750,000 residents according to recent estimates. The majority of the Palestinian population are Muslims (93%), mostly of the Sunni branch. There is also a significant minority of Christians (6%) and smaller minorities of Samaritans and Druze. Palestinian Arabic, a distinct dialect subgroup of Levantine Arabic, is the most widely spoken language in Palestine. The most common second language is English.

In addition to its Palestinian population, more than 600,000 Israeli settlers live in Palestinian Territories, in contradiction of international law. This is a product of the ongoing Israeli military occupation of Palestine.