Situated at the crossroads between Asia, Africa, and Europe, Palestine is a latent spring of untapped investment opportunities. The Palestinian economy has demonstrated its resilience in withstanding the challenging political environment. Palestine’s rich cultural history, rising infrastructure, and wealth of human capital make it a promising emerging market. 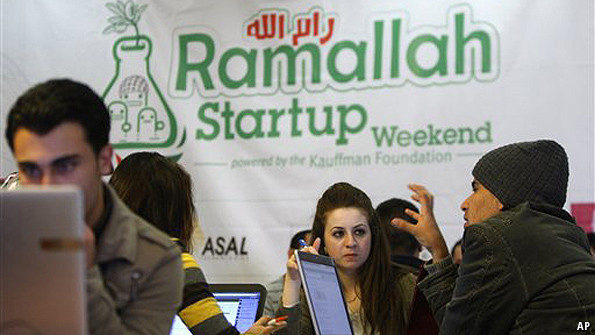 In recent years, the diversification of the Palestinian market-based economy and the improvement of the investment climate have attracted business moguls from across the globe. This climate has been fostered by a strong partnership between the public and private sectors. They have cooperated in establishing investment incentives, investment insurance from domestic and international institutions, an extensive network of trade agreements, and the implementation of international best practices in building the economy. These policy directions have been consolidated in the National Export Strategy, a roadmap to reaching export targets. In coming years, the Palestinian government are determined to restructure the legal framework to comply with the internationally recognised standards of the World Trade Organization.

One immeasurably valuable asset to the Palestinian economy is the wealth of human capital—Palestinians form a well-educated, multilingual, and rapidly growing labour force. They have high rates of tertiary education and are skilled in modern technologies. Arabic is the official language, though English is widely spoken and commonly used in business (along with other languages such as French, German, Hebrew, Italian, and Spanish). With a young population, the labour force is expected to expand significantly over the coming decades. The Palestinian business community is marked by its entrepreneurial nature, aspiring to high levels of professionalism and product quality. Enterprises are internationally connected, with partnerships extending to Europe, the Gulf, China and North America.

Palestine boasts a multitude of promising economic sectors; including transportation, tourism, information technology, construction, mining, and chemical industries. Some commodities that are currently imported into Palestine from Australia are livestock, pharmaceuticals, and aluminium. Olives and olive oil are the major products that are currently exported from Palestine to Australia. There are many opportunities for Australians to engage in trade and investment in Palestine beyond the scope of the examples provided on this page. Further information regarding trade and investment can be found via the Useful Links tab.