With its rich cultural heritage, profound history and natural beauty, Palestine is a captivating destination for tourists from all walks of life. Palestine is renowned for its religious sites that are immensely important for followers of Islam, Christianity, and Judaism alike. Christian pilgrims can trace Jesus’ life on earth—from his birth at the nativity church in Bethlehem, to where (as the bible states) he was crucified, buried, and resurrected at the Church of the Holy Sepulchre in Jerusalem. Also among Jerusalem’s 220 historic religious monuments is the Al-Aqsa Mosque, the third holiest site in Islam. Alongside Al-Aqsa is the stunning Dome of the Rock, an intricate work of Islamic architecture, also with religious significance for Muslims. In addition, Jerusalem’s Western Wall is the holiest place of prayer in Judaism.

Palestine’s religious relics are accompanied by fascinating historic sites. Dating back more than 10,000 years and sitting at 258m below sea level, Tel As-Sultan (the ancient city of Jericho) is both the oldest and lowest town on earth. The city of Hebron is a historic site in itself; its striking arched roofs and labyrinthine alleyways are characteristic of Hebron’s well-preserved Mamluk-style architecture. 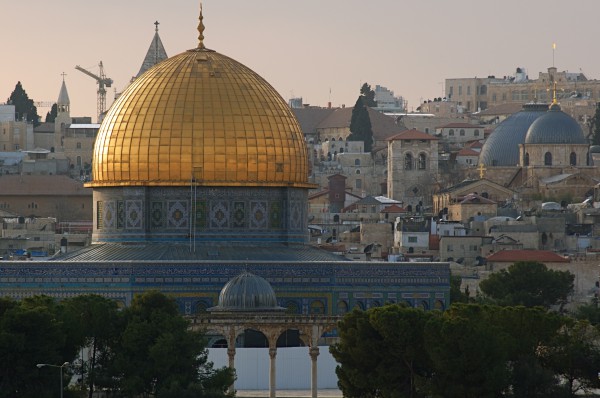 Lying 417m below sea level, the Dead Sea is both the lowest point on earth and the world’s saltiest large body of water. The water and mud of the Dead Sea have therapeutic properties that are drawn on for medical and cosmetic purposes. Despite the almost complete lack of life in the water, the surrounding valleys are home to caracal lynxes, ibex, leopards and many species of migratory birds.

Gaza is likewise an important resting place for migratory birds—including herons, cranes, and flamingos. Gaza city’s seaside restaurants are a great place to enjoy fresh seafood while looking out over the tranquil Mediterranean. The city is famous for its hand-woven rugs, wicker furniture, and pottery, which you can find at a local market (souq). Also, the Gaza War Cemetery is the final resting place for ANZAC soldiers who died fighting in Gaza during the First and Second World Wars.

The city of Nablus is known for its olive oil soap, talented goldsmiths, and traditional sweets. The city centre features a bustling souq, Turkish baths, impressive mosques, and traditional soap factories. In contrast, cosmopolitan Ramallah’s lively city centre is packed full of art galleries, museums, theatres, parks, restaurants and bars. The nearby picturesque town of Taybeh is home to Palestine’s only brewery. The Taybeh brewery hosts an annual Oktoberfest-style Beer festival, which complements the wide variety of traditional festivals that are held annually in Palestine.