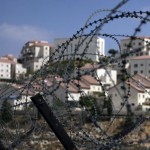 New guidance, published on 3 December by UK Trade & Investment, a government body that works with British businesses in international markets, warns there are “clear risks related to economic and financial activities in the settlements, and we do not encourage or offer support to such activity”. It says: 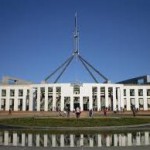 Senator Rehiannon, Senator Milne and Federal member for Fermantle, Melissa Park MP, raised enormous concern on the Australian government recent, change in its voting position in the UN General Assembly on resolutions relating to the illegality under international law of Israeli settlements in the Occupied Palestinian Territory and the applicability of the Geneva Conventions.
They called upon the Australian Government to respect the international rule of law and the Government's own professed support for a two state solution.

Third States are under an obligation to combat organised crime by ensuring that support, financial or otherwise, is not being lent to violent settler groups by private and public entities within their jurisdiction. A new report by Al-Haq, “Institutionalised Impunity: Israel’s Failure to Combat Settler Violence in the Occupied Palestinian Territory”, details how these duties, including the obligation to investigate, stem from the domestic laws and public policy of some States, set in accordance with international law. 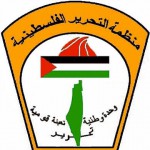 PLO Executive Committee member Dr. Hanan Ashrawi urges the Dutch government to exclude settlement companies from the Netherlands-Israel Cooperation Forum, which will be launched next weekend.

According to Dutch and Israeli media reports several firms located in settlements or in other ways linked to Israel’s illegal settlement policy will be taking part in the Netherlands-Israel Cooperation Forum.
“This is incomprehensible and unacceptable,” Dr. Ashrawi said. “The official policy of the Dutch government is to discourage economic relations of Dutch companies with settlements. How can the Dutch government establish a cooperation forum with Israel which facilitates these relations and effectively supports the settlement economy?” 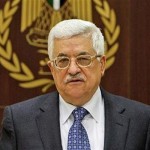 Message of H.E. Mr. Mahmoud Abbas, President of the State of Palestine and Chairman of the Executive Committee of the Palestine Liberation Organization, on the occasion of the International Day of Solidarity with the Palestinian People 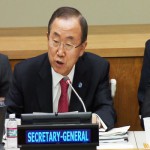 Following is UN Secretary-General Ban Ki-moon’s message, delivered by Deputy Secretary-General Jan Eliasson, to the observance of the International Day of Solidarity with the Palestinian People, in New York on 25 November:

This annual Solidarity Day is an opportunity to reflect on the critical situation faced by the Palestinian people and to consider our collective contributions and responsibilities as Governments, international or civil society organizations, towards Israeli-Palestinian peace. I appreciate the efforts of the Committee [on the Inalienable Rights of the Palestinian People] to keep the international community’s attention and focus on the question of Palestine. 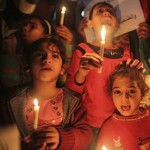 Gaza is becoming uninhabitable as humanitarian conditions deteriorate rapidly following Egypt's destruction of smuggling tunnels and Israel's renewed ban on the import of construction materials, the United Nations and aid agencies have said.

A year after the end of the eight-day war between Gaza and Israel last November, the UN said the situation in the tiny coastal strip was worse than before the conflict. "Initial hopes for a significant improvement on the ground have not been realised," said James Rawley, the UN's humanitarian co-ordinator for the Palestinian territories. 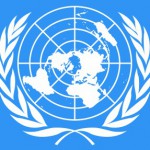 The Fourth Committee concluded on November 14 its work for the sixty eight session with the approval of 8 draft resolutions on the occupied Palestine.

Among the approved drafts were four draft resolutions concerning the work of the United Nations Relief and Works Agency for Palestine Refugees in the Near East (UNRWA), and four on the report of the Special Committee to Investigate Israeli Practices Affecting the Human Rights of the Palestinian People. 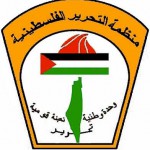 The State of Palestine cast its vote for the first time at the United Nations on Monday 18 November. In doing so, Palestine took its rightful position in advancing the cause of justice and accountability by voting to elect a judge on the International Criminal Tribunal for the Former Yugoslavia. The vote was cast in accordance with the Statute of the International Tribunal, which allows Observer States to participate in the election of judges to the tribunal. 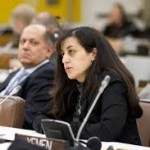 Right of Reply by Ms. Feda Abdelhady-Nasser, Ambassador, Deputy Permanent Observer of the State of Palestine to the United Nations, before the Special Political and Decolonization Committee (4th Committee),

I apologize for requesting the floor once again, however, I am compelled to reply to the statement made by the representative of Israel in today’s debate.

As we stated at the outset of this debate, the report of the Special Committee is neither biased, nor one-sided. The Special Committee’s examination of the situation is clearly in the framework of international and relevant United Nations resolutions.