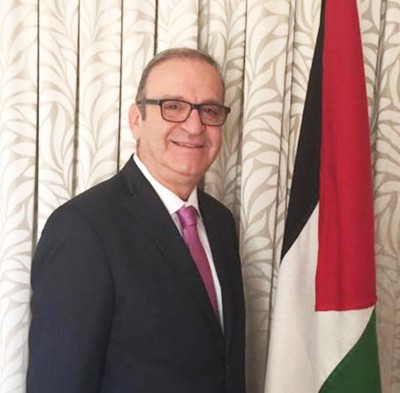 Ambassador of the State of Palestine

I was born in Nablus, Palestine, in 1957 and have pursued my education in Egypt, Lebanon, the UK and Australia.

Prior to joining the Palestinian Diplomatic Corp, I was the founding Director General of Bisan Centre for Research and Development, a leading NGO in community development and civil society strengthening. Established in 1989, I held this post for 18 years, implementing programs and producing ground breaking research funded by the World Bank and other premier international organizations. Bisan was and remains central to strengthening Palestinian civil society, promoting human rights, democratic principles, human sustainable development and social justice through community development, policy research, advocacy and networking.

Following the Oslo Accords of 1993, I was among a core group of civil society leaders who established the Palestinian NGO Network or “PNGO”, the most significant networking body for Palestinian NGOs and I have been elected consecutively to the PNGO Steering Committee. Also, I was part of the establishment of the Arab NGO Network for Development and a member of its steering committee. I have been heavily involved in the move to NGOs leading the establishment and development of vibrant and democratic Arab civil societies.

In 2006, I was appointed as Head of the Embassy of the State of Palestine to Australia, New Zealand and the Pacific Nations. Guided by a strong commitment to public diplomacy, my work as Ambassador focuses on creating open and robust relationships between all levels of Australian and New Zealand society and Palestinian society.

Relationships with the Australian Government focus on benefiting Palestinian people on the ground, enabling them to build the infrastructure, organizations and social trust needed for a viable and sustainable democratic Palestinian state. Equally, my work in Australia embraces trade and commercial links and networking between Australia and Palestine, benefiting both the developing Palestinian economy and Australian Businesses.

In working with civil society organizations, I encourage the development of cooperative processes between organizations and initiatives, to enable more effective Australian advocacy for Palestine. As part of my commitment to a strong civil society, I continue the practice of participating in, and speaking at public conferences, forums and public lectures and particularly those which deal with community dialogue, civil society development and related issues.

I am an active member of the Council of the Arab Ambassadors in Canberra and currently hold the post of General Secretary of the Council. In this role, I implement Council decisions that engage the shared interests of Arab countries within Australia, New Zealand and the Pacific. In addition, I am the deputy of the president of Organization of Islamic Cooperation (OIC) Group in Canberra and maintain strong relationships with other members of the international diplomatic corp.