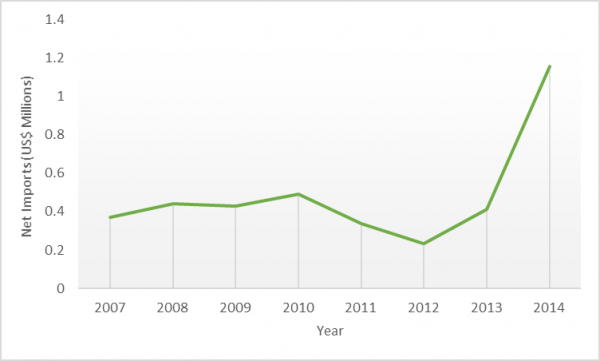 Palestinian exports to New Zealand have grown exponentially in recent years to become a considerable portion of total Palestinian foreign exports. Figure 4 shows the large and consistent increase in these exports from 2008 to reach a high of $US 370,000 in 2014. Two major commodities exported from Palestine to New Zealand in 2014 were “fruits and nuts” and olive oil, accounting for 77.3% and 12.9% (respectively) of net exports to New Zealand. In coming years, Palestine hopes to continue the recent levels of growth and expand the variety of goods being exported to New Zealand. 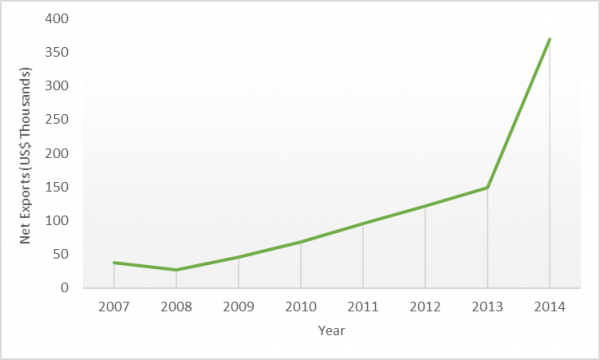