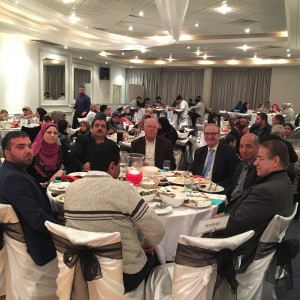 The president of the Al Aqsa School, Mrs Mona Saqr, welcomed the Participation of the Ambassador in the event and explained the suffering of the people in Gaza and their urgent needs for political and humanitarian assistance. Ambassador Abdulhadi , in his speech, encouraged people to donate money to Gaza and praised the resilience of Gaza families against the continuous Israeli assaults. He also, urged the International community and the Australian government to put pressure on Israel to left the unfair blockade and siege of Gaza Strip and to end the brutal Israeli occupation.