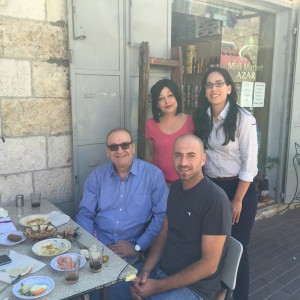 Ambassador Abdulhadi has discussed animal rights and animal welfare with representatives of this sector from Australia and Palestine.

Mr. Ahmad Safi, the representative of Palestine Animals Welfare Association, has briefed the Ambassador on the association activities in protecting the Palestinian animals and their efforts to raise awareness of animal rights and welfare among the people.

The meeting has been attended by the representative of Australia Animals, who is visiting Palestine discuss the professional cooperation between the two sides.

The Ambassador promised the two parties to support their efforts in the animal rights sector and to facilitate their professional cooperation in the future.  The Ambassador also will talk to the Australian Government to host a delegation from the Palestinian Animals Welfare Association to meet with various Australian associations in order to learn from their experiences and expertise.