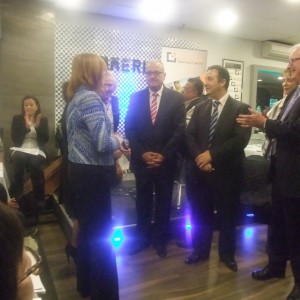 Ambassador Abdulhadi attended the launch of Peter Manning’s book Janet Venn Brown. The event was a great success and was widely attended by New South Wales MPs and prominent members of the community.

Ambassador Abdulhadi delivered a speech at the event in which he spoke passionately about the life of Janet Venn Brown, highlighting her love for Palestinian activist Wael Zuaiter and her commitment to the cause as a human rights issue. Ambassador Abdulhadi also discussed the current discussion within the Australian Labor Party about potentially recognising the State of Palestine and recent political developments on the ground in Palestine.