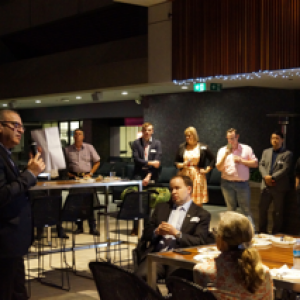 The Queensland Parliament has joined the Federal Parliament, as well as state parliaments across Australia, in forming a Parliamentary Friends of Palestine group.

The launch of the group was a great success. Excellent speeches were delivered by Palestinian-Australian lawyer Ms Roba Rayan about her recent trip to Palestine through an international law program and Ambassador Abdulhadi about the recognition of the State of Palestine. The event was widely attended by Queensland MPs, Palestinian community members and members of other groups such as the Queensland Labor Friends of Palestine.

Special thanks to Mr Peter Russo MP and Ms Wendy Turner for their work in organising the event.