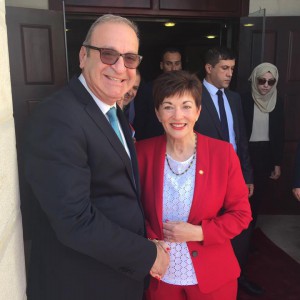 The discussion centered around the results of the recent parliamentary elections in New Zealand, the status of women in Palestine, and education as a survival strategy for the Palestinian people.

The Prime Minister briefed the Governor-General on teh current political situation in Palestine and the urgent need for the international community to put pressure on Israel to cease its widespread violation of the human rights of Palestinians.

The Prime minister also thanked the New Zealand government for its continuous support to the Palestinian people.