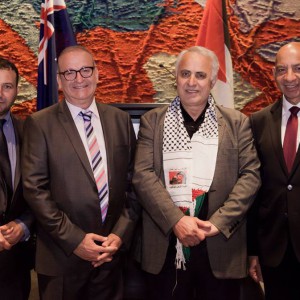 Powerful speeches were delivered by a wide range of prominent figures including the visiting guest of honour Roving Ambassador for the State of Palestine HE Dr Afif Safieh, the Hon Bob Carr, Senator Lee Rhiannon, Mr Eddie Zananiri and Ambassador Abdulhadi.