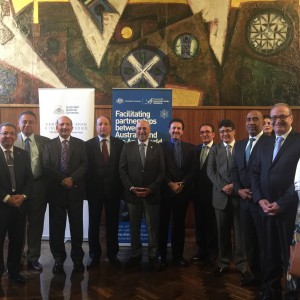 Ambassador Abdulhadi attended a lecture by H.E. Dr Mohammad Al-Sabah, former Deputy Prime Minister and Minister of Foreign Affairs of the State of Kuwait, on "Regional Security in a Turbulent World: a GCC Perspective", located at the Australian National University.

Dr. Al-Sabah's lecture addressed the current political order in the Middle East, including the unraveling of the Sykes-Picot architecture and the emergence of a nuclear Iran.