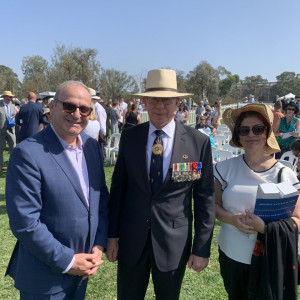 Ambassador Abdulhadi met with the Prime Minister, HE Dr Mohammad Shtayyeh, during his most recent visit to Palestine in August/September 2019. The Ambassador briefed the PM on both the latest political developments in Australia, New Zealand and the Pacific countries, and the response of the Palestinian embassy (and that of the Palestinian community) to decisions and policy changes concerning Israel/Palestine. The PM updated the Ambassador on the political situation in Palestine, and focused in particular on the incipient Palestinian plan to disengage from the Israeli economy; he outlined some key strategies to achieve more self-reliance, including the cluster approach, which is based on maximising the comparative advantage of each region of the West Bank and the Gaza Strip.