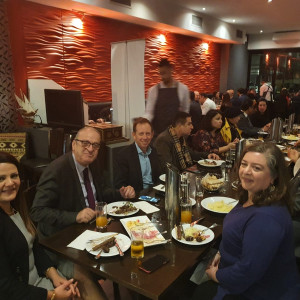 Ambassador Abdulhadi visited an-Najah National University in Nablus during his August/September visit to Palestine. During his visit, he met with some of the academic staff with whom he discussed the initiative of commencing official co-operation (such as student exchange programs) between an-Najah and a receptive Australian counterpart. He was then given a tour of the University in which he learned more about its various faculties and academic priorities for the coming year. The Ambassador later delivered a lecture in one of the University’s auditoriums on Palestine’s bilateral relations with Australia and New Zealand.