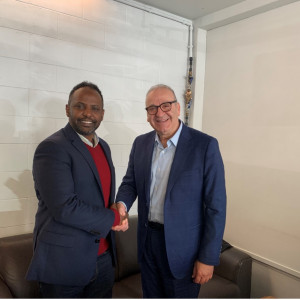 During this meeting, the Ambassador and Mr Omer MP discussed the establishment of an official Parliamentary Friendship with Palestine Group, the latest developments in Palestine, and the necessity for raising Palestinian issues in Aotearoa New Zealand Parliament.