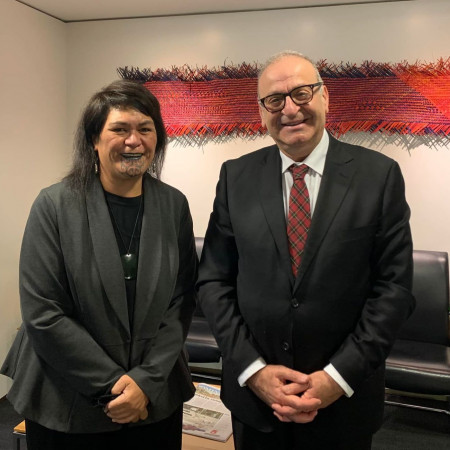 The Ambassador thanked the Foreign Minister for the principled position of Aotearoa New Zealand towards Palestinian rights, especially the right of self determination and statehood, and support for UNRWA.

The Ambassador gave a detailed briefing of the latest developments in the Palestinian-Israeli conflict, especially the continuation of gross Israeli violations of Palestinian human rights, Israel’s repeated attempts to destroy the two-state solution, the Judaization of Jerusalem, and the assassination of Shireen Abu Akleh.

Indigenous solidarity between the Māori people of Aotearoa New Zealand and the Palestinian people was also discussed, in the context of their common struggle against colonialism, racism,  land confiscation, and the denial of their political, economic, social and cultural rights.

The Ambassador and the Foreign Minister agreed to work together towards enhancing bilateral and multilateral relations for the interest of their two countries, and the Ambassador asked the Foreign Minister to recognize the Palestinian state, without delay, in order to preserve the two-state solution and to support the rights of the Palestinian people.

The Ambassador also met with the Middle East and North Africa Division of the Aotearoa New Zealand Ministry of Foreign Affairs and Trade, led by Divisional Manager Mr Jonathan Curr. In this meeting, similar topics were addressed, in addition to a focused discussion about the importance of increasing developmental and financial aid for Palestine to support the state-building process. 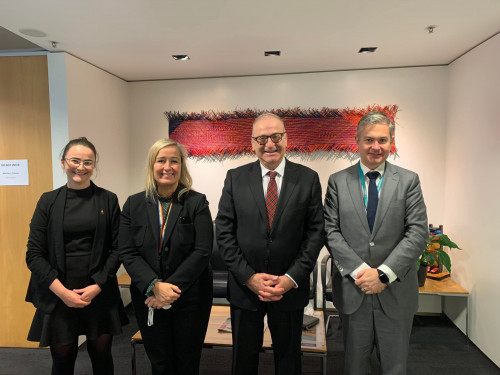