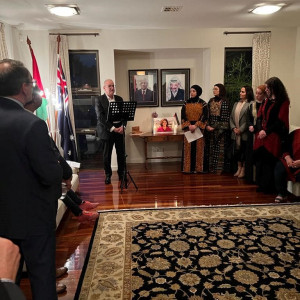 The Palestinian Embassy in Canberra organized a Reception in the evening of May 21 to commemorate the 74th Anniversary of Al Nakba (catastrophe). This event was attended by Ambassadors and Heads of Missions in Canberra, as well as representatives from the Palestinian community, and was also an occasion to remember the tragic and brutal assassination of the late Shireen Abu Akleh by Israeli forces, and to emphasise the importance of bringing those responsible for this crime before the International Criminal Court.

The Dean of the International Diplomatic Corp and the Council of Arab Ambassadors, the Ambassador of Jordan, spoke about the consequences of Al Nakba and the importance of self-determination of the Palestinian people in achieving an independent Palestinian state.

Lastly, Ambassador of the State of Palestine Dr Izzat Abdulhadi spoke of the ongoing Nakba through Israel's continuous land theft and illegal settlement policy, the Judaization of Jerusalem, house demolitions and forcible expulsion of Palestinians from the homes that had been theirs for generations to give these homes to settlers, and attacks on Christian and Islamic holy sites.

In this context, Palestinian Ambassador said that “1948 saw Palestine disappear from the map through the colonization process and ethnic cleansing, 1967 occupation and apartheid. Through all of this, we’ve kept our struggle alive; the struggle for the right to determine our own future in our own land”.

The Ambassador concluded that in 1948, the Nakba handed us a future of loss, emptiness and defeat, but the Palestinian people have taken the loss and turned it into success, achievements, a State, and a place in the world. 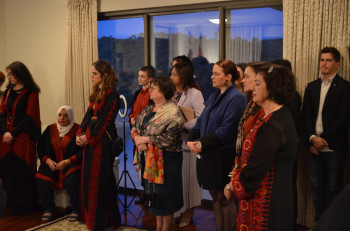 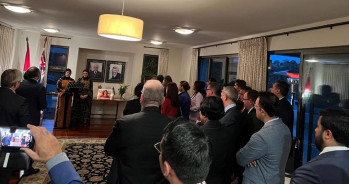 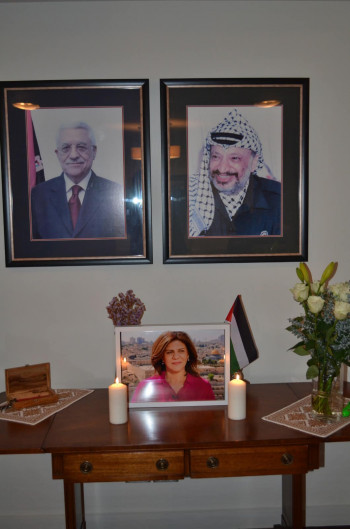