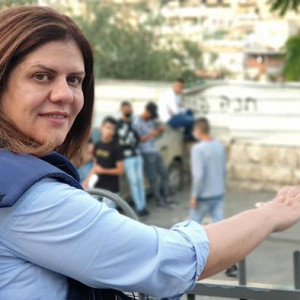 In honour of Shireen Abu Akleh, veteran Palestinian journalist who was targeted and killed by Israeli occupation forces on May 11th 2022 while doing her job and wearing a press vest, the General Delegation of Palestine to Australia, Aotearoa New Zealand and the Pacific opened a Virtual Book of Condolences to members of the International Diplomatic Corps in Canberra.

Shireen was a high calibre journalist who spent most of her life defending and advocating for Palestinian human rights as one of Palestine’s foremost media professionals, and a beloved national hero.

Over twenty messages of condolence were received from members of the International Diplomatic Corps in Canberra.