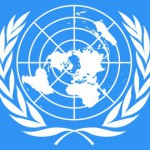 The Secretary-General deplores the announcements today of further Israeli settlement plans in the West Bank, including East Jerusalem. Settlement activity is contrary to international law and constitutes an obstacle to peace. Any measures that prejudge final status issues will not be recognised by the international community. 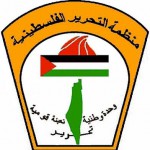 “Israel is willfully and flagrantly violating international law and the requirements for peace in its latest escalation of settlements expansion. This includes a total of 3,700 new units at Ramat Shlomo settlement (Jerusalem District), 296 in Beit El settlement (Ramallah District), 162 in Yakir settlement (Qalqilya District), 95 units in Shilo settlement (Nablus District) and 31 units in Al Mog settlement (Jericho and the Jordan Valley District). The announcements also include a parking lot for settlers’ use in Silwan and a national park nearby the Mount Scopus – Wadi El Joz area, both in Occupied East Jerusalem.” 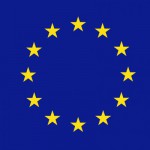 The High Representative of the European Union for Foreign Affairs and Security Policy and
Vice President of the Commission, issued the following statement today:
"After Wednesday's announcements by the Israeli Prime Minister's Office and Ministry of the
Interior about renewed plans for Israeli settlements, I would like to recall that, on 27
September, the Middle East Quartet called on all parties to refrain from actions that
undermine trust or prejudge final status issues. 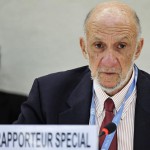 Addressing journalists at UN Headquarters, the Special Rapporteur on human rights in the occupied Palestinian territories, Richard Falk, reiterated that the settlements are unlawful according to the Fourth Geneva Convention. 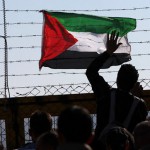 Human Rights Watch has called on the Israeli military to stop harassing Addammeer, an advocacy group for Palestinian prisoners. The NGO has complained about the military targeting the group and imposing restrictions on it without evidence.

Addameer’s main functions are to provide legal aid to prisoners held by Israel and the Palestinian Authority, conduct research and empower prisoners and their lawyers with knowledge in international law. But the organization is being routinely prosecuted for its stance without much substantiation of claims, HRW reported. 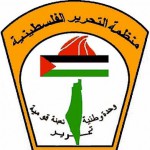 “Such reports are fabricated and malicious; the Palestinian side never agreed to such an exchange; on the contrary, Palestinian prisoners should have been released in compliance with earlier signed agreements. The only linkage with the release of prisoners that the President approved is in delaying the pursuit of UN membership in international agencies and organizations.” 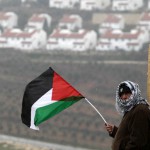 The Palestinian Authority is ramping up its diplomatic efforts against Israeli settlements in the territories it occupied in the 1967 war. It has called on 50 countries around the world to freeze business dealings and withdraw investments.

In letters to countries in Latin America and Europe, as well as to South Africa, Australia, Japan and South Korea, the Palestinian Authority asked governments to put pressure on local companies and discourage any relations with the Israeli settlements, Muhammad Shtayyeh, a senior Palestinian official, told the Financial Times.

The campaign for an economic boycott was also given a boost by Palestinian President Mahmoud Abbas during his trip to Europe. 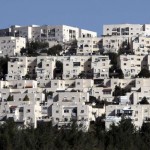 President Mahmoud Abbas has called on Western companies to respect the international law by pulling out of settlements in the occupied West Bank. 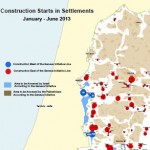 The following data is based on Peace Now’s survey of aerial photos and a count of all units that started/ended to be built in each settlement. 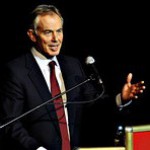 Tony Blair, the former British prime minister, said a $4bn economic plan being drafted alongside Arab-Israeli peace negotiations will be ready to launch within weeks but he acknowledged that securing Israeli approval for investments in areas under its administrative control would be “tough”.