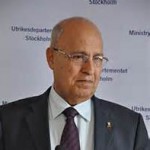 “The (Palestinian) Authority completely opposes applying the Israeli law to settlements in the West Bank because this creates a political context where these settlements become a part of Israel,” Shaath said.

“Israel is disregarding all international pressure and carries on with its occupation projects. 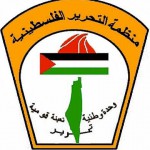 5 November, Media advisory,Al-Aqsa Mosque Compound is located in East-Jerusalem, an internationally recognized part of the Occupied State of Palestine“all legislative and administrative measures and actions taken by Israel, the occupying Power, which have altered or purport to alter the character and the status of the Holy City of Jerusalem, and in particular, the recent ‘basic law’ on Jerusalem, are null and void.”
All international media representatives are advised to adhere to international law and correct any other existing terminology used. The Al-Aqsa Mosque compound is not a disputed territory and all other terms, therefore, are null and void.

“Prohibiting Muslim Palestinian worshipers from entering the Al-Aqsa Mosque Compound to allow right-wing extremist Israeli settlers and lawmakers to gain access is an act of incitement and provocation for sectarian strife. Israel’s continued arbitrary arrests and detentions of Palestinians, placement of age restrictions on worshipers, use of excessive force and violence, and closure of the Al-Aqsa Mosque are condemnable in the strongest terms. Today’s events are not isolated incidents; Israel is employing a deliberate policy to generate grave violence and chaos. Under the guise of security, it will impose unilateral facts that violate international law and foment conflict and instability. With its acts of terror and injustice, Israel is inciting a holy war in Palestine and throughout the region with global ramifications.” 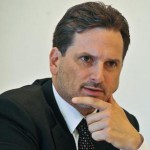 New York, 4 November 2014, in his annual reported presented to the Fourth Committee of the United Nations General Assembly, commissioner General of UNRWA, Pierre Krähenbühl stated: ““The only way this sense of despair can be overcome is to make Gaza a liveable place again. This means, as the Secretary-General has recently emphasised, once and for all addressing the underlying causes of the Israeli–Palestinian conflict: an end to the occupation that has ground on for nearly half a century and a full lifting of the illegal blockade of the Gaza Strip. Indeed there is no doubt in my mind that, after years of collective punishment of the population in Gaza and after the recent devastating conflict, it is simply inconceivable to return to the pre-exiting conditions under the blockade. A change of paradigm is required and only dedicated and determined political action by the international community can bring it about”. 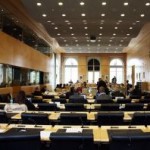 01 November,The Committee's Concluding Observations, published 30 October, reiterated Israel’s obligation to uphold the provisions of the ICCPR in the OPT, including occupied East Jerusalem, and emphasised in paragraph 5(b) that Israel must “… acknowledge that the applicability of international humanitarian law during an armed conflict, as well as in a situation of occupation, does not preclude the application of the [International] Covenant [on Civil and Political Rights].” 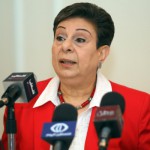 2 November, PLO Executive Committee member, Dr. Hanan Ashrawi stressed, “Ninety-seven years ago, the British government committed a grave historical injustice at the expense of the Palestinians by signing over their homeland to the Jewish people with the Balfour Declaration. Decades have passed and the people of Palestine continue to be denied their basic human rights to justice and self-determination.

The British government bears the human, legal, political, and moral responsibility to undo its serious mistakes of the past by recognizing the State of Palestine and supporting current and future Palestinian multilateral initiatives of resorting to all venues of international judicial accountability for Israel and the protection for Palestine. 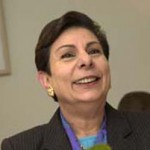 “We are grateful to the Swedish government and its people for recognizing the State of Palestine. Such a principled and courageous decision is consistent with international human rights standards and constitutes an important step towards achieving peace and justice for the Palestinian people". 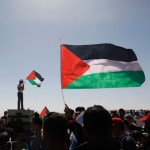 The spokesman said that Abbas termed the decision by the Swedish government as "brave and historic".

"All countries of the world that are still hesitant to recognize our right to an independent Palestinian state based on 1967 borders, with east Jerusalem (East al-Quds) as its capital, [should] follow Sweden's lead," Abu Rudeina quoted Abbas as saying. 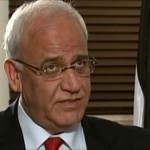 Oct. 30,2014, in his latest Op-Ed published in Haaretz, Dr. Saeb Erekat, PLO Executive Committee Member and head of the Negotiations Affairs Department said "By affirming their belief in the right of the Palestinian people to a national homeland, European countries are also sending a message to Israel: The era of impunity is over". "To recognize the State of Palestine on the 1967 border is a moral step that should be taken by all states that claim to support the two-state solution. It is an investment in peace that sends the right message to both Israelis and Palestinians". 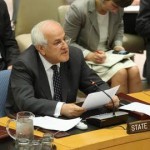 29 October 2014 Statement by H.E. Dr. Riyad Mansour, Ambassador, Permanent Observer of the State of Palestine to the United Nations, before the United Nations Security Council Emergency Meeting on the Situation in Occupied East Jerusalem