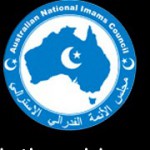 ANIC condemns in the strongest possible terms the unfair and disproportionate military assault by the Jewish State against the Palestinian people including women and children.
We call upon the Australian Government to condemn the systematic killing of the
Palestinian people and to do all it can on the international level to stop the Israeli aggression against the people of the Gaza Strip. The international community must actively intervene to stop this unjust and unwarranted aggression. 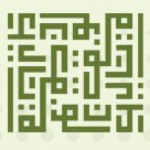 The Independent Commission for Human Rights (ICHR) condemns the continuous Israeli occupation’s ferocious aggression on the Palestinian civilians in the Gaza Strip. ICHR calls for the international community to take an immediate action to end Israeli war crimes and collective punishments in the Gaza Strip and provide international protection for Palestinian civilians. ICHR also calls on the President of the State of Palestine to sign and ratify the Rome Statute of the International Criminal Court and exert all necessary pressure to ensure the opening of the Rafah borders with Egypt for provision of medical and humanitarian aid to the Gaza Strip. 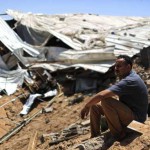 "I am writing this as ambulance and rescue crews continue to search for bodies. Among the ones they have uncovered so far are those of 4-year-old Mohammed Nawasra, whose body was found underneath the ruins of his home in the Maghazi refugee camp in the central Gaza Strip, his 5-year-old brother, Nidal, and their 29-year-old mother, Sumoud Nawasra. Miriam Nawasra, 83, and Khalaf Nawasra, 29, were found alive, but critically injured. The Nawasra house in Maghazi refugee camp was targeted by an Israeli F-16 missile. No one knows why. Their home was bombed at 5:30 a.m., as the family slept". 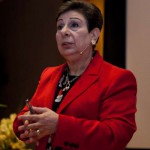 We call on all members of the international community, particularly the United Nations, European Union and the United States, to act immediately to put an end to Israel’s deliberate targeting of the besieged Gaza Strip and its civilian population under occupation.” 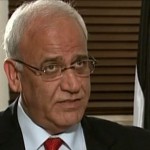 In a special report issued by the Negotiation Affairs Department the following were highlighted: "The latest Israeli criminal assault against the Palestinian people aims at targeting Palestinian national unity, weakening Palestinian institutions and enforce the disconnection between the West Bank & Gaza Strip. Its methods include the collective punishment of the Palestinian people throughout the occupied West Bank, including Israel, and the Gaza Strip. Alarmingly, in the past few days, the Israeli government has severely intensified its actions against the already besieged Gaza and its 1.7 million inhabitants. As an occupying power, Israel is required to comply with obligations under international humanitarian law. Nevertheless, it systematically continues to violate its obligations through unrelenting colonization, expropriation and aggression in Palestine". 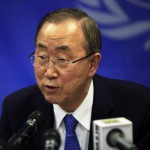 In his speech, the secretary General said: "The implications of the wall go far beyond its legality. The wall severely restricts Palestinian movement and access throughout the West Bank, cuts off land and access to resources needed for Palestinian development, and continues to undermine agricultural and rural livelihoods throughout the West Bank. Moreover, the wall and increased settlement expansion have worsened the fragmentation of the Palestinian Territory, compounding the increasing isolation of East Jerusalem from the rest of the Territory". 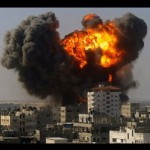 "Palestinian president Mahmoud Abbas demanded Israel immediately stop its escalation and the raids on Gaza," said a statement from his office published shortly after midnight by the official WAFA news agency.

He also asked the international community "to immediately intervene to halt this dangerous escalation which would lead the region to more destruction and instability." 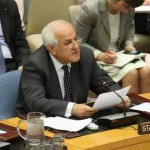 Ambassador Dr. Riyad Mansour sent identical letters to the UN Secretary-General, President of the Security Council, and the President of the General Assembly, on the escalating Israeli aggressions against Gaza strip. He wrote: “We reiterate our urgent appeal to the Security Council of the United Nations to uphold its Charter duties and undertake the necessary action to bring an end to this Israeli aggression and to protect the Palestinian civilian population. What is being perpetrated by Israel against the Palestinian people constitutes a grave breach of all norms of international law, including the Fourth Geneva Convention, which prohibits the willful killing of civilians and prohibits reprisals against the civilian population by the occupying Power. War crimes are clearly being perpetrated by Israel against the Palestinian people and this must be unequivocally condemned and stopped. A strong message must be sent to Israel, the occupying Power, to cease immediately its military campaign and abide by the law, in order to deescalate this dangerous situation, to promote calm, and, most importantly, to save innocent civilian lives”. 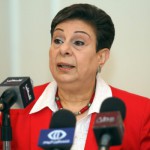 PLO Executive Committee member, Dr. Hanan Ashrawi, called on the United Nations Security Council “to uphold its responsibilities in maintaining international peace and security throughout the world and to act immediately to put an end to further Israeli acts of excessive force and violence throughout the West Bank (including occupied East Jerusalem) and in Gaza. Israel must be held accountable for its flagrant violations of international law and vicious attacks and crimes against the Palestinians.” 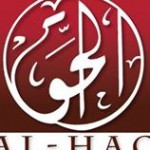 Since 12 June the Israeli government has initiated a campaign of collective punishment, including mass arrests, movement restrictions, and punitive house demolitions. During this period seven Palestinians have also been killed by live fire in the West Bank by Israeli forces. Al-Haq condemns any loss of civilian life and calls for accountability irrespective of the perpetrators involved.
The international community must act to end a settlement policy that violates international law in order to prevent a further deterioration of the situation on the ground and protect civilian life.