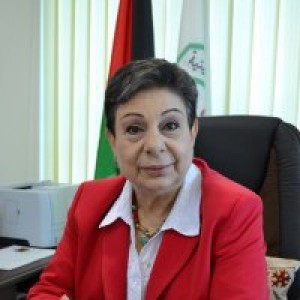 Dr. Ashrawi further condemned the Israeli settler appropriation of 23 Palestinian homes and the forcible eviction of Palestinian residents by Israeli soldiers in Silwan early this morning:

“Such actions which are part of the Israeli Jerusalem Master Plan of 2020 to Judaize Jerusalem expose the true nature of the Israeli government and its continued attempts to create facts on the ground at the expense of the Palestinian people and their lands, particularly in Occupied East Jerusalem. These actions send a clear message to the world, in general, and to the Palestinian people, in particular, that Israel is committed more to land theft than to peacemaking. Israel’s unbridled settlement enterprise further constitutes a dangerous political insanity.”

“Israel deliberately gives its violent settlers free rein to steal Palestinian homes and to terrorize their residents. Such acts and policies are inhuman, condemnable in the strongest terms, and part of a broader policy of ethnic cleansing, particularly in Jerusalem, Area C and the Negev.”

“Lack of effective intervention and accountability has encouraged Israel to pursue its flagrant violations of international law and war crimes and to persist in defying the international community and in thwarting all attempts at achieving a just peace,” concluded Dr. Ashrawi.