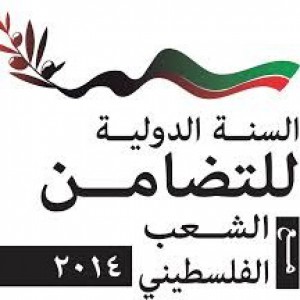 On the occasion of International Day of Solidarity with the Palestinian People, PLO Executive Committee member, Dr. Hanan Ashrawi issued the following statement:

In light of Israel’s illegal settlement activities in and around Jerusalem, its deliberate racist and discriminatory laws, proposals and practices against the Palestinians, the targeting of the Al-Aqsa Mosque compound and its worshipers, Israeli settler violence and extremism, Israel’s most recent horrific war in Gaza, the eviction of Palestinians from their homes, the revocation of Jerusalem IDs, the demolition of Palestinian houses, Israel’s acts ofcollective punishment against the Palestinian people, the ill-treatment andtorture of Palestinian prisoners in Israeli jails, and the extreme and unjust use of administrative detention and solitary confinement, among other violations, we call on all members of the international community, including the United Nations, the European Union, and the United States, to undertake immediate action and adopt punitive measures and initiatives required to hold Israel to account for its blatant violations of international law. In addition, we call on them to support our efforts in seeking a United Nations Security Council resolution to set a timeframe for ending the occupation and establishing the independent Palestinian state on 1967 borders with Jerusalem as its capital.

Time is not on our side, and the Palestinian people cannot afford to wait as Israel succeeds in destroying the two-state solution and establishing “Greater Israel” on historical Palestine.”