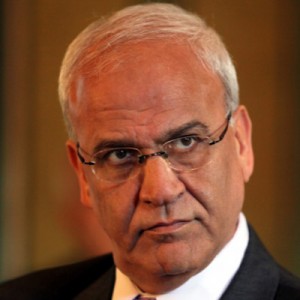 The Telegraph, July 24 2014.
COMMENTARY: The international community must intervene to stop the bloodshed in Gaza, says the Palestinian chief negotiator

By Saeb Erekat
An aggressor has no right to self-defence against an occupied people.
What Israel is doing is defending its own occupation and the systematic denial of Palestinian national rights.
They are exercising every possible means to dissolve Palestinian national unity and weaken Palestinian institutions.
In front of this systematic policy of aggression, the international community has two options: either they decide to remain complacent or they intervene to hold the occupying power responsible for its violations, protect the Palestinian people and give peace a chance.
Over 70 per cent of the population of Gaza are refugees. With 1.7 million inhabitants, Gaza has more than 5000 inhabitants per square metre, a density which is even higher in the eight refugee camps that have been targeted by Israeli forces. The fact that Israel bears responsibility for the creation of the refugee catastrophe is beyond argument, but Israel has decided to go even further, displacing thousands of people even within this tiny strip.
In 2005, Israel withdrew its settlers from Gaza. But it did not end the occupation. The "disengagement", a unilateral step, aimed at turning Gaza into an open air prison while consolidating Israel's colonisation in the West Bank, including East Jerusalem. Late PM Sharon said the Israeli disengagement "will strengthen its control over those same areas in the 'Land of Israel' which will constitute an inseparable part of the State of Israel." Meanwhile, Gaza's air space, maritime borders and any connection with the rest of Palestine would be controlled by Israel.
Recent Israeli attacks against sewage and electricity plants as well water lines are a further proof that Israeli attacks are not an act of self-defence.
There is no safe place in Gaza for Palestinians. Every single place is a potential Israeli target.
During these past weeks, attacks have affected more than 20,000 homes, injured almost 4000 people and killed over 600 people. The killing of over twenty complete families is a further example of brutality against the Palestinian people.
The killing of children also shows the disregard Israel has for Palestinian lives. The names of Umama Al-Hayyeh, age nine; Dima Isleem, age two; Mohamad Ayyad, age two; Rahaf Abu Jumaa, age four as well more than 130 other children killed are a reminder that every single Palestinian is a possible target for Israel.
If certain countries continue to treat Israel as state above the law, we can expect the list to keep growing.
We have requested international protection for our people. We are currently looking into ways to prosecute Israeli war crimes. The international community must end Israel's impunity by conditioning its relations with Tel Aviv to its respect to international law and human rights. Israeli war crimes should not be treated differently than others. Failing to act will only add frustration and bloodshed. The international community must stop hiding behind calls for resumption of negotiations and implement their own responsibilities, including the responsibility to protect our people and hold Israel accountable for failing to respect its own obligations.
Dr Saeb Erekat is a PLO Executive Committee Member and head of the Negotiations Affairs Department

Link to the Op Ed: http://www.telegraph.co.uk/news/worldnews/middleeast/palestinianauthority/10987097/Gaza-conflict-Every-single-Palestinian-has-become-a-target-of-Israel.html