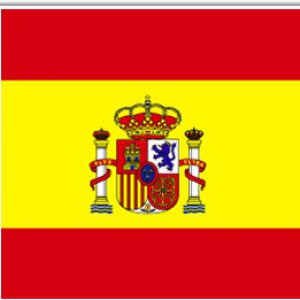 While still susceptible of amendment, it has called on the Spanish government to "recognize Palestine as a state."

It has also urged Prime Minister Mariano Rajoy "to promote in coordination with the European Union the recognition of the Palestinian state as sovereign, contiguous, democratic and independent…."

On October 30, Sweden went a step further and officially recognized the state of Palestine, drawing stringent criticism from Israel and the United States.

Swedish Foreign Minister Margot Wallstrom dismissed the criticism leveled at the Scandinavian country by the US, saying, “It’s not the US that decides our politics.”

The French National Assembly will also vote on a proposal to urge the government to recognize Palestine as a state on November 28.

Israel occupied the Palestinian territories of East al-Quds, the Gaza Strip, and the West Bank during the Six-Day War of 1967. It conducted a self-proclaimed withdrawal from Gaza in 2005, but Israeli forces have been carrying out regular deadly forays into the sliver ever since the so-called pullout.

Gaza has also been blockaded since June 2007, a situation that has caused a decline in the standard of living, unprecedented levels of unemployment, and unrelenting poverty.