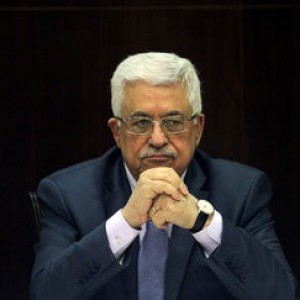 In the name of God, the Merciful, the Compassionate

Today marks 51 days of the barbaric aggression that Israel carried out and continues to carry out against our people in Gaza Strip. During this period, the number of martyrs rose up to more than 2000, and the number of injured to more than 10,000 injured with tens of thousands of houses destroyed. Unfortunately, until this moment, the attack and the aggression continues indiscriminately and in most cases against innocents and civilians who are the primary victims of this aggression. As everyone knows, scores of families, probably more than sixty, were completely eliminated.

Therefore, it was necessary to exert all efforts, possible and impossible, towards stopping the fighting, particularly after the Israelis withdrew from the negotiations and our delegation returned and we continued our intensive efforts to resume negotiations again.
Indeed, we were able today, as we speak, to announce our acceptance of the Egyptian cease-fire initiative, a cease-fire that runs in tandem with providing the Strip with humanitarian, medical, food, and construction aid needed. After that, there will be talks about all the demands that will be put on the table.

The efforts succeeded now, only few minutes before arriving here, in returning to negotiations. We said that at seven, that is now, there will be a full cessation of fighting. Both delegations will return to Cairo as soon as possible to resume these efforts.
We reiterate our full appreciation for Egypt for all the efforts it exerted with us for a long time to reach a formula that is satisfactory to all parties. We also reiterate that Qatar has also contributed to this end. It is also useful to mention that John Kerry has exerted efforts and was on constant contact with us to achieve this cease-fire. We extend our thanks to all the parties that exerted these efforts as well as to the United Nations that will immediately send needed supplies to Gaza Strip, because the situation there is catastrophic and unimaginable.

Ending the fighting was the main issue that we discussed with Hamas leadership in Doha. We also discussed other important issues, namely, consolidating and empowering the national reconciliation to allow the national consensus government from fulfilling its duties. This needs time and effort, but it is one of the objectives that we sought to achieve ever since we talked about reconciliation and forming a national consensus government.

During this period of time, which lasted for more than 50 days, we exerted all efforts to provide our people with the supplies they need from here. This applied also to all organizations and parties, which is extremely good in the sense of the people sympathizing with the catastrophe that befell their brothers. We cannot deny the contributions of the countries who rushed to send supplies and aid to our people in Gaza Strip. But all of this is not enough, and it is necessary that all needed supplies flow into the Strip to allow the people to live, to have drinking water, to electricity, to education since all schools are currently occupied by families, and the same applies to hospitals, that is of course if they were not destroyed, since the destruction included schools, hospitals, and places of worship. All of this requires quick actions to allow the healing of the big wound of our people in Gaza Strip.

There is another topic that we will address, namely: what next? Gaza Strip alone suffered from three wars in 2008-2009, 2012, and 2014. Should we expect another war after a year or two? Until when will the cause remain unresolved? We will put forward our vision to the leadership and will continue consultations thereof with our brothers and the international community. However, the vision should be very clear, very specific, and understood from A-Z, because engaging in vague negotiations is something we cannot continue to do.