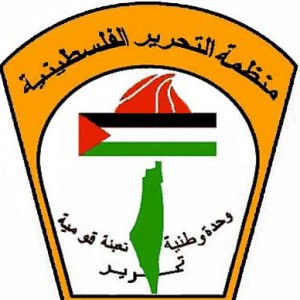 On November 15, 1988, the Palestinian National Council, then led by late President Yasser Arafat, declared the independence of the State of Palestine within the 1967 borders. This was the historic and painful Palestinian compromise: we accepted that our state would exist on only 22 percent of our historic homeland. Israel responded by colonizing more of our land and entrenching its control over the occupied West Bank, including East Jerusalem, and the Gaza Strip. The possibility of a two-state solution is quickly fading away. The international community must now act decisively in order to salvage the two-state solution. The international community’s recognition of a State of Palestine on all of the territory occupied by Israel in 1967 would be an important first step.

In the twenty-six years since the Declaration was made, we have campaigned vigorously for an end to Israeli occupation and the attainment of a two-state solution. In 1991, three years after our Declaration of Independence, we entered negotiations with Israelis in Madrid. Beginning with the Declaration of Principles (Oslo Accords) in September 1993, we signed numerous agreements with Israel in hopes of resolving the conflict. We signed these agreements in good faith, with the expectation that the peace process would free us from the yoke of Israel’s military occupation, lead to the establishment of an independent and sovereign Palestinian state with East Jerusalem as its capital and the 1967 boundaries as its borders, and bring justice to the millions of Palestinian refugees.

However, since the Palestinian Declaration of Independence, Israel has strengthened its control over the occupied State of Palestine. While we worked on building our independent state, Israel continued its colonization of our land. In 1989, there were 189,900 Israeli settlers living in the occupied State of Palestine. Today, the population of Israeli settlers goes over 600,000. Israel’s complete lack of accountability for its actions has led to a culture of impunity that threatens to destroy the last hope for a two-state solution.

One effective step that the international community can take is to recognize the State of Palestine over the 1967 border with East Jerusalem as its capital and support Palestine’s diplomatic initiatives such as the UNSC resolution to put an end to the Israeli occupation as well as our access to international treaties and organizations. This will provide additional support to the two-state solution between Israel and Palestine while nullifying any Israeli attempt to change the status quo of the occupied State of Palestine.

The international community must ban all Israeli settlement products, divest from all companies involved directly or indirectly in the Israeli occupation and take all possible measures in order to hold Israel, the occupying power, accountable for its daily violations to Palestinian rights and international law.

Link to the Declaration of Independence: http://nad-plo.org/userfiles/file/Document/declaration%20of%20independence%20En.pdf

* The Declaration of Independence was drafted with the support of notable Palestinian intellectuals, including Mahmoud Darwish (1941 - 2008), who wrote the original text in Arabic, and Edward Said (1935 - 2003), who was responsible for the official English translation.