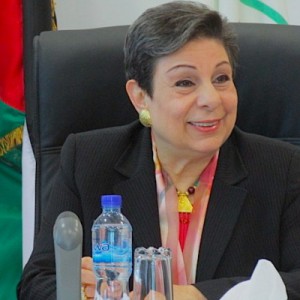 In her meeting with Mr. Gatt-Rutter, Dr. Ashrawi said, “In light of Israel’s flagrant and willful violations of international law and consensus, it has become vital for the European Union to exhibit the political will and determination to hold Israel accountable. It is also imperative that Europe supports our efforts at the United Nations and undertakes serious and meaningful political steps to ensure a resolution that is both just and viable before it is too late.
We call on the European Union to continue its efforts in promoting governmental policies in line with human rights and in terminating projects and activities with links to the military occupation and to the illegal settlement enterprise
We will remain undeterred in our efforts to counter Israeli violations and to safeguard the Palestinian people’s right to self-determination and freedom by resorting to all venues of international judicial accountability for Israel,” concluded Dr. Ashrawi.