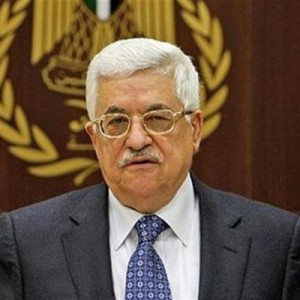 THE Palestinian people’s struggle for freedom and national independence has reached a decisive moment. The two-state formula is under serious threat, due to systematic Israeli policies and practices that have seriously undermined the solution-threatening to make it impracticable in the very near future. More alarmingly, while Palestine takes concrete and determined steps to demonstrate its commitment to international law and human rights by acceding to the main instruments of international law, Israel has taken concrete steps to undermine them, whilst openly and unambiguously declaring its hostility to Palestinian national rights.

This is happening at the same time that Palestinian refugees are being slaughtered in Syria—victims of an internal conflict to which they have never been party. The images coming out from the Al Yarmouk Refugee Camp as well as from other Palestinian camps in Syria are reminiscent of Lebanon in 1982 and Iraq in 2003. They are a reminder of the urgency to honor the inalienable rights of the Palestinian people, including Palestinian refugee rights. Over 200 Palestinian children dying out of starvation during the camp’s siege is a crude reminder of the total failure of the international community to protect civilians in time of war.

It is time to put an end to the Palestinian tragedy by ensuring the rights of Palestinians under international law.

As one of the architects of the Oslo Interim Agreement, I can say without hesitation that Palestinians understood and endorsed the painful compromises required to reach peace well before the Oslo Accords were signed. In 1988, Palestine unilaterally recognized Israel over 78 percent of historic Palestine, in addition to recognizing relevant United Nations resolutions as the framework for a peaceful solution to the conflict.

When Palestine signed the Oslo Accords with Israel, it did so based on this very commitment to the two-state solution. Indeed, Palestine has shown through demonstrable actions its staunch and practical commitment to the vision of two sovereign and democratic states living side by side in peace and security on the 1967 borders.

Israel met these historic and painful Palestinian compromises with the creation and expansion of illegal settlements on Palestinian territory, as well as systematic violations of international law and the agreement’s provisions.

In fact, since the signing of the Oslo Interim Accords over 20 years ago, Israel has tripled the number of citizens illegally transferred to Palestine to live in the continuously growing illegal settlements. Israel has committed these violations with impunity—encouraged by the reluctance of the international community to hold Israel accountable to the same standards of human rights and international law that all other states are obliged to follow.

The Oslo Accords were based on the promise of a final status agreement after a five-year interim period. Today, 22 years after the Oslo Agreement, the Israeli occupation has turned into the effective annexation of our country.

Further, Israel is engaged in an act of outright piracy and collective punishment against the Palestinian people—namely, the ongoing obstruction of free movement of persons and goods, the theft of our natural resources including water, and the repeated withholding of our tax revenues. This illegal measure threatens to deconstruct the remarkable accomplishments Palestinians have achieved at the institutional and economic levels. It is an act of extreme hostility for the purpose of political blackmail.

Facing these grave threats to our national rights and economic survival, it is our obligation, as the Palestinian leadership, to seek redress and justice through all available legitimate means. This includes a serious and responsible reassessment of our relations with Israel, with the aim of ensuring that Israel is no longer able to use our commitment to signed agreements in order to undermine our rights, economy, and even basic sustenance.

Our peaceful and positive strategy aims to change the unacceptable and unsustainable status quo. We are committed to ensuring that Israel is no longer allowed or able to profiteer from a belligerent colonial military state of affairs, as it has done for almost 50 years. Our goal remains the same: realizing the two-state formula in line with international law and the international consensus. Our tools are also clear: we rely on international law and human rights instruments that were designed to resolve conflicts peacefully and prevent the indignities of war. In all endeavors, we rely on the steadfastness of our people and its right to peacefully demonstrate and campaign against Israeli occupation and apartheid policies. We also take great strength from the growing global solidarity movement.

The Palestinian people are pursuing a strategy of internationalization in order to end the occupation, reach a just and lasting peace, and apply the indispensable tool of accountability so as to end Israel’s culture of impunity that has perpetuated the conflict and entrenched the occupation. Meanwhile, the Israeli leadership has clearly and repeatedly stated its commitment to preventing the establishment of a Palestinian state, persisting in a program of settlement expansion, institutional racism, and apartheid practices—including against Israeli citizens of Palestinian origin, as was clear during the latest election.

In 1948, our people suffered one of the most dramatic forced displacement campaigns in modern history. The Nakba, or catastrophe, refers to the erasure of 418 Palestinian villages and the forced and systematic displacement of 70 percent of the Palestinian people to make way for the creation of Israel—this continues until the present day. I was a young boy then, but the memory of being uprooted from my hometown of Safad remain fresh.

Today, Israeli policies and practices are mirroring that displacement and uprooting in the Jordan Valley, Hebron, East Jerusalem, and the Gaza Strip. This cycle of suffering and indignities must stop.

We are very alarmed by the assertions and policy platforms that won the recent Israeli elections. There is no doubt now that the Government of Israel will be fully committed to a path that entrenches the occupation and denies Palestinian rights. The policies of settlement construction, colonization inciting hate and racism, and encouraging religious fervor, are the cornerstones of Israel’s policy as stated by the election victors. It is the antithesis of the two-state formula.

Standing on the Right Side of History


In light of these radical developments, we believe that the international community must make clear, through urgent and effective actions, on which side of history it stands.

Decades of impunity and lack of accountability have clearly brought the situation to its current dangerous juncture. In order to save the two-state formula, it is time for the international community to reassess its course of action in support of this noble goal. Clearly, change is required.

All states have a standing legal and moral obligation to uphold and protect the principles of international law and human rights. In this regard, we assert that our multilateral and law-based approach complements and does not contradict our commitment to a peaceful and negotiated resolution of the conflict.

We ask the international community to support our right to self-determination by recognizing the State of Palestine on the land Israel occupied in 1967.

Support our right to seek justice and ensure accountability by endorsing and supporting our accession to the Rome Statute and commitment to cooperate with the General Prosecutor at the International Criminal Court.

Support the Arab Peace Initiative—the most generous regional peace plan we could ever have.

Shoulder your responsibilities under international law by banning all Israeli settlement products and services, and ensuring the swift divestment from all companies and organizations implicated in the direct or indirect profiteering from violations of international law and Palestinian human rights.

Join us in asserting the universality of human rights and the commitment to international law as cornerstones of justice and peace everywhere.

Join us in asserting that the path of military domination, aggression, and impunity is unacceptable and intolerable.

Recognize the State of Palestine and support our concerted and sincere effort to achieve peace based on justice and mutual respect.