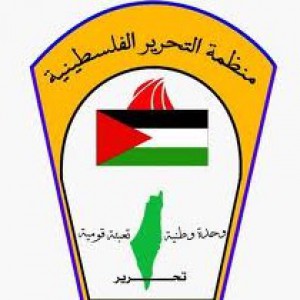 In a special meeting held at the Negotiations Affairs Department in Ramallah yesterday morning, the Committee held the Israeli occupying authorities responsible for Jarrar’s life and security. The Committee asserted it will continue to make serious efforts to hold Israel as an occupying power accountable for its egregious violations of international law. The arrest of Jarrar, the Committee affirmed, was politically motivated and came as a punishment for Jarrar’s national activism and membership in the ICC National Higher Committee. Israel continues its policy of collective punishment and retribution against the Palestinian people and their elected leadership, the Committee stated.

The statement of the National higher Committed read, “The Israeli occupying authorities deliberately undermine the efforts made by the Palestinian leadership and its endeavors to have recourse to international legitimacy for the purpose of realizing the rights of our people and safeguarding the security. We condemn the Israeli practices and unilateral illegal policies including arrest and expulsion that threaten the members of the PLC. The Israeli practices constitute a flagrant violation of the International Humanitarian Law and Hague Conventions of 1907 that prohibit occupying powers to make any changes in the legislative status quo of the occupied country. Likewise, the Israeli practices violate Geneva Conventions and the Article (7) of the ICC Rome Statute that prohibit the arbitrary deportation, arrest and persecution of civilians, which are considered ‘crimes against humanity’ punishable by the law.”

The statement professed the administrative arrest of Jarrar is an outrageous violation of her parliamentary immunity. The statement also referred to the obnoxious living conditions of Palestinian political prisoners in Israeli jails and the policy of collective punishment, suppression and solitary confinement imposed on them by the Israeli prison administration. Fifteen PLC members have faced administrative detention including 8 against whom military have been issued.

The Committee called on the High Contracting Parties to the Fourth Geneva Convention, the Intel-Parliamentary Union, the Euro-Mediterranean Parliamentary Assembly and international legal institutions to intervene and exert pressure on Israel to immediately and unconditionally release Jarrar and all male and female detainees in Israeli jails.