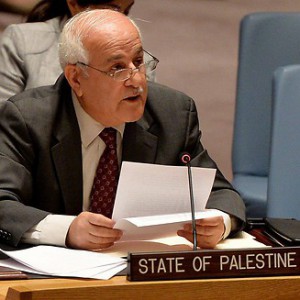 Since our last letter to you, on 12 October 2015, the Palestinian civilian population, including women and children, have continued to be killed, injured and terrorized as a result of Israel’s latest rampage of aggression throughout the Occupied State of Palestine, including East Jerusalem.   As we continue to write these letters, we must emphasize that the purpose of writing them is not only to place on record the long list of crimes committed by the occupying Power against a defenseless and occupied civilian population but aimed at mobilizing the international community, in particular the Security Council, to immediately act to halt all of the occupying Power’s violations of international law, including humanitarian and human rights law.

Further, as more and more Palestinian civilians, especially young children, are being killed and severely injured by live ammunition, we continue to call on the international community to provide the Palestinian people with international protection.  It is without a doubt, that each day that passes the situation is worsening and if the occupying Power continues to pursue its acts of aggression, collective punishment and State terrorism against an occupied people that has already suffered so much over the past five decades of Israeli occupation, the situation will hit a breaking point that may become impossible to stabilize.

The following are some of the many crimes that continue to be perpetrated by the Israeli occupying forces and terrorist settlers against the Palestinian people. This includes the latest Palestinian casualties caused by the violence and terror of the occupying Power against our defenseless civilians:

As the violations against Palestinian children continue to multiply, we continue to insist again that the Israeli Government, the Israeli occupying forces and Israeli settler militias belong on the list of grave violators of child rights in the context of the Report of the Secretary-General on Children and Armed Conflict, and we will not relent in calling for such listing in the face of ongoing violations and crimes against our innocent and defenseless children.

It is without a doubt that the above-mentioned violations are in grave breach of international humanitarian law, as well as international criminal law as articulated in the Rome Statute of the International Criminal Court. For these war crimes, we will continue to seek accountability and justice through all legal and peaceful means.  At the same time, we call again on the international community, particularly the Security Council, to act now to protect the Palestinian people and diffuse this dangerous situation, which clearly constitutes a threat to international peace and security.

This letter is in follow-up to our 558 previous letters regarding the ongoing crisis in the Occupied Palestinian Territory, including East Jerusalem, which constitutes the territory of the State of Palestine.  These letters, dated from 29 September 2000 (A/55/432-S/2000/921) to 12 October 2015 (A/ES-/10/xxx- S/2015/xxx) constitute a basic record of the crimes being committed by Israel, the occupying Power, against the Palestinian people since September 2000.  For all of these war crimes, acts of State terrorism and systematic human rights violations being committed against the Palestinian people, Israel, the occupying Power, must be held accountable and the perpetrators must be brought to justice.