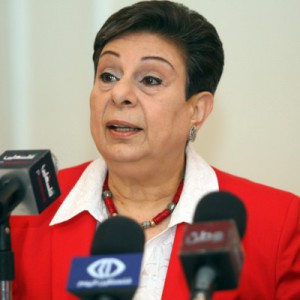 “Israeli Prime Minister Benjamin Netanyahu plummets new depths in fabricating blatant falsehoods, not only about current realities, but also in re-writing history. Such a disconnect from the real world is indeed alarming, particularly by someone who takes decisions that affect the lives of millions.

In his address to the 37th Zionist Congress on October 20, 2015, he refers to a “campaign of defamation and slander,” and then proceeds in his presentation of “ten big lies” to demonstrate how to actively conduct an “assault on the truth.”

Whether in denying that Israel is attempting to change the status quo in Al-Haram al-Sharif (the Noble Sanctuary) or is changing the prayer arrangements, despite the facts to the contrary; or in repeating false claims that during his term, settlement activities have been reduced (for a total refutation of this claim, refer to Americans for Peace Now’s Netanyahu’s Settlement Record); or in spite of evidence to the contrary, Israel is not engaged in extra-judicial killings (summary executions) of Palestinians and is not using excessive force; or in denying global consensus that President Mahmoud Abbas has been the one most committed to peace; or in claiming that international observers in Al-Aqsa Mosque Compound would not “restore calm”; or in alleging that ending the military occupation and establishing a Palestinian state on 1967 borders with East Jerusalem as its capital would not lead to peace and stability; or in rejecting the fact that the current crisis on the ground has the potential to spillover and create grave chaos and violence in the region and beyond.

However, the most absurd and bizarre claim is the quoted fictitious “conversation” between Hitler and Hajj Amin al-Husseini in which Hitler is depicted as being at a loss as to what to do with the Jews, intending at first not to “exterminate the Jews,” but only to “expel” them; he then acquiesced to al-Husseini’s instructions to “burn them.” Not only does Netanyahu claim to know what Hitler’s real intentions were (the same way he repeatedly claims to know what’s in the minds of the Palestinians), but he absolves the worst criminal in modern history for the sake of maligning and defaming the Palestinians once again.

Such delusions must not be left unchecked, let alone believed. The ramifications can be far-reaching indeed.”