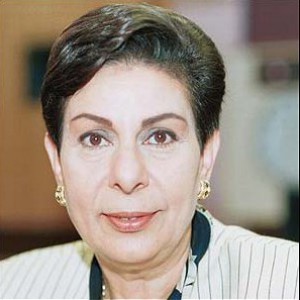 The placement of cameras in the Al-Aqsa Mosque Compound is not only a violation of the status quo; it also enables Israel to exercise security control and provides it with more enhanced means of surveillance. Israel, as it has repeatedly done, will use it against the Palestinians and not against extremist Jewish settlers or Israeli officials. The status quo clearly gives the Islamic Waqf the right to security control and measures in the Al-Aqsa Mosque Compound; Israel’s encroachment on the rights and obligations of the Islamic Waqf is one of the ways in which Israel has changed the status quo. The mere fact that Israel has brought in security forces and imposed stringent security measures in the Al-Haram al-Sharif is already a grave breach of Palestinian human rights, among other violations.

Restricting Palestinian access by age and by timing the visits is another way in which Israel has violated the status quo. One must note that all Palestinians who do not hold Jerusalem IDs are banned from Jerusalem, their own city, and deprived from educational, economic and religious institutions, and even separated from their own families.

Every time Netanyahu changes the status quo, he declares that he will be committed to the latest status quo that he has created. Netanyahu’s willful persistence to violate all signed agreements, terms of reference and the requirements for peace is the very reason Palestinians need both international observers and international protection.”

In reaction to Israeli Prime Minister Benjamin Netanyahu raising the possibility in a security cabinet meeting to confiscate IDs from Palestinians living beyond the Apartheid Wall, particularly those living in the Shuafat refugee camp, Kufr ‘Aqab and al-Sawahreh, Dr. Ashrawi said:

“This alarming escalation, an inhuman and illegal measure, must be immediately stopped. The Palestinian Jerusalemites have lived in their city for centuries, and it was the Israeli occupation that illegally and unjustly transformed them into “residents,” while it is the Israeli occupation that is alien and external to their reality, exercising power by force of arms. Should this be adopted, such a measure will transform the actual status of hundreds of thousands of Palestinians to “non-existence,” and it will deprive them of the most basic rights and services, including shelter, healthcare and education. This would also provoke confrontations with serious ramifications throughout the region and beyond.”

In response to Netanyahu’s decision to expand the illegal settlement of Itamar, Dr. Ashrawi strongly condemned the move and stated, “As a bribe to the settlers, Netanyahu approved the expansion of the Itamar illegal settlement. He is adamant to prove to the world that he is violating international law and the will of the international community by deliberately persisting in settlement activities.”

Dr. Ashrawi concluded, “Netanyahu continues to engage in a discourse of deception and falsehood in which he also dishonestly accuses the Palestinian side, in particular President Mahmoud Abbas and the leadership, of incitement and spreading untruths. While Netanyahu exercises a language of hate and violence and carries out acts of extreme provocation, it has become clear that Netanyahu is the one who indulges in dangerous lies and active incitement. He engages in distortions and obfuscations on all fronts (we did not need the Hitler episode to prove that) in order to slander and dehumanize the Palestinians and to avoid dealing with the consequences for his own actions.