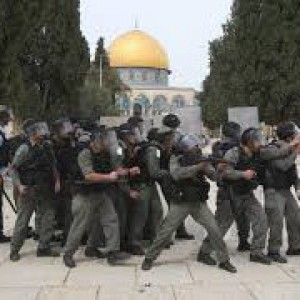 As stated by PLO Executive Committee member Dr. Hanan Ashrawi, “The Palestinian people, like all peoples of conscience and moral responsibility, condemn the use of violence against innocent civilians. However, Palestine, under Israel’s belligerent occupation, has been subject to the systematic and escalating violence of the occupation whether in the form of settler-terrorism or at the hands of the Israeli military using live ammunition.”

Since the beginning of this month, 46 Palestinians have been killed and more than 1800 have been injured, including hundreds of children. The International community must condemn and reject the fact that Israel allows its occupying forces to use excessive and indiscriminate force against the Palestinian civilian population with impunity. It must also condemn the Israeli governments encouragement that all Israeli citizens and settlers should carry weapons and use force against Palestinian civilians at will creating de facto militia forces that gravely threaten the safety and well being of the Palestinian people. Human Rights groups, such as Amnesty International, have condemned: ”The widespread use of excessive force by Israeli forces against Palestinian demonstrators across the occupied West Bank, and their failure to protect Palestinians from a wave of settler attacks.’ (Amnesty International Public Statement 9th October 2015 p.1)

A strong message must be sent to Israel to cease immediately its military campaign and call for its occupying forces to abide by international law, disarm its settlers and citizens and hold them accountable for their crimes against the Palestinian people and their land. This will be the only way to de- escalate the dangerous situation, save lives from both sides, promote calm and renew hope that an end to the Israeli occupation and a peaceful solution that allows the Palestinian people to live in freedom and dignity with East Jerusalem as its capital, still exists.

The General Delegation of Palestine to Australia calls upon the Australian government, as a member of the international community, to invest in peace by compelling Israel to end its violations of international law and human rights and to withdraw from the territories it has illegally occupied and commit to a just and durable peace.

In wake of the current measures of collective punishment and excessive force employed by the Israeli Forces, the United Nations, particularly the Security Council is also called upon to take steps to protect the defenceless Palestinian civilian population from the disproportionate and unchecked use of force by Israel – the occupying power.