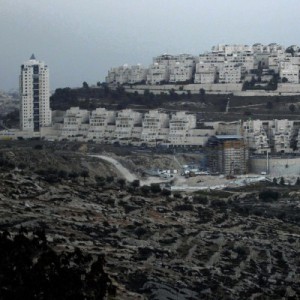 Israel has systematically pursued a policy of forcible transfer of civilian Palestinian populations, which is a crime against humanity under International law, and in the process has replaced the indigenous Palestinian population with foreign settlers throughout Occupied Palestine. In particular, this policy has drastically affected Jerusalem, the Jordan Valley and the southern Hebron region.

Some of the most dramatic examples of such policies can be seen in the villages of Abu Nawar and Susiya, in Jerusalem and Hebron respectively. Just today, Israeli forces uprooted 400 olive trees from the village of Beit Ula in the Hebron District.

The forcible transfer of Palestinians continues as Israel is preparing to announce further settlement construction in the illegal settlements of Beit El, Ma’ale Adumim, Giv’at Ze’ev, Psagot, Beit Arieh and Giv’on, all of them located between Nablus and Jerusalem. In total, these illegal settlements will amount to 906 new housing units, to accommodate approximately 4,500 new settlers in Occupied Palestine at the expense of the Palestinian community whose land these settlers will occupy. These housing units could not be approved without the impunity the international community has granted Israel.

The Palestinian leadership will continue taking the necessary steps within international forums, including cooperating with the International Criminal Court, in order to end Israeli crimes and achieve the long overdue inalienable rights of the Palestinian people.