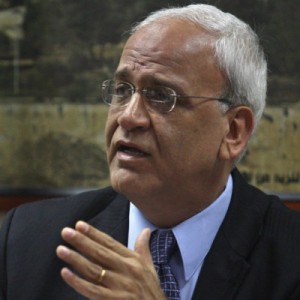 The conviction by an Israeli Military Court of Comrade Khalida Jarrar, a democratically-elected member of our parliament and the High National Committee for the International Criminal Court (ICC), is a reflection of the daily oppression and Apartheid policies imposed by Israel, the occupying power, against t...he Palestinian people.

We do not recognize the legitimacy of these kangaroo courts, which convict 99.74 percent of Palestinians, who are hauled in on trumped up charges. The Israeli Military Court’s skewed version of justice is to issue blanket rulings while hiding behind a smokescreen of so-called classified intelligence and prohibiting defense counsel access to key evidence against defendants. These courts’ implement a policy that puts forward false or planted evidence, coerces confessions and false testimony, and deprives detainees of access to council and the right to due process.

We call upon the international community to hold Israel accountable for imposing such discriminatory treatment against the Palestinian people, particularly Palestinian prisoners of conscience, who are systematically deprived of their right to life and liberty. Since 1967, over 800,000 Palestinians have been imprisoned by Israel, including democratically-elected members of parliament that still remain in Israeli prison today, such as Marwan Barghouthi and Ahmad Saadat.

This is a politically motivated act against a Palestinian official, a member of the Popular Front for the Liberation of Palestine, one of the historic Palestinian political movements and an integral part of the PLO. The invasion of MP Jarrar’s home in Ramallah and her subsequent kidnapping by the Israeli occupying forces took place a few days after Palestine acceded to the Rome Statute of the ICC.

MP Jarrar was one of the most active members of the national committee tasked with overseeing Palestine’s ICC efforts. Israel has sent a clear message opposing our legitimate and peaceful efforts toward achieving freedom and justice. Our response to Israel is just as clear: Palestine does not recognize Israel’s illegitimate court system or rulings, and we will continue taking necessary steps to fulfill our internationally recognized rights, including those efforts in the International Criminal Court.