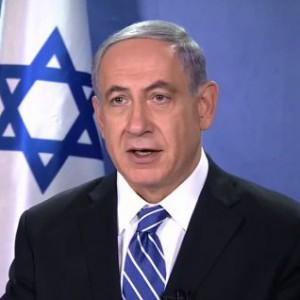 Mr. Netanyahu’s referral to  “Palestinian incitement” as an excuse for Israeli terrorism is a further attempt at erasing his political and legal responsibility as the head of a belligerent occupier that violates the inalienable rights of the Palestinian people on  daily basis, including its very right to be free. Israel, the occupying power, continuously uses terror against the Palestinian people.

The State of Israel  honors the memory of terrorists who were responsible for the assassination of thousands of Christians, Muslims and Jews, including those who assassinated the UN Mediator Count Bernardotte in 1948, those who committed the Deir Yassin massacre, those who blew  up the Kind David Hotel, those who used terror to expel  thousands of people from their homes and land and even convicted terrorists by British Courts. A prominent case is that of  the terrorist Baruch Goldstein who killed 29 Palestinians at the Ibrahim Mosque in Hebron, and who has a shrine at the illegal Kiryat Arba settlement, across a park named after Meir Kahane, another Israeli terrorist.

Once again we call upon the international community to assume its responsibility to protect the Palestinian people and to stop treating Israel as a state above the law.