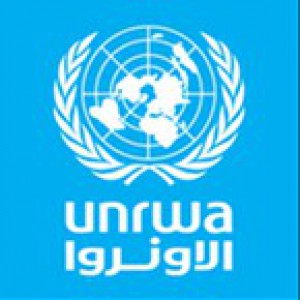 In Tokyo today, UNRWA Commissioner-General Pierre Krähenbühl was received by H.E. Shinzo Abe, the Prime Minister of Japan. This meeting, a first in the Agency's history, was an opportunity to express profound gratitude for Japan's long-standing and generous support to Palestine refugees and to the Agency's human development activities.

Prime Minister Abe and Mr. Krähenbühl exchanged views on the growing instability in the Middle East, the risks of further radicalization and the refugee crisis provoked by the Syria conflict. In this context, the Commissioner-General emphasized that: "The world must not forget the fate and plight of Palestine refugees in the midst of the spreading regional turmoil. Japan's support to UNRWA is ensuring a vital measure of dignity and stability for a community facing despair and growing hopelessness."

The Commissioner-General expressed confidence that the Agency's cooperation with Japan will remain dynamic and strong, based on a common determination to provide meaningful services to Palestine refugees and to advocate for the respect of their rights.

Mr. Krähenbühl was accompanied by three students from Gaza, who a day earlier had taken part in a kite-flying event in Kamaishi, on Japan's north-eastern coast, in an act of solidarity with victims of the 2011 tsunami. Thirteen-year-old Rawan addressed a message to Prime Minister Abe: "We have been inspired by the courage of the survivors of the tsunami and we came to convey a message of strength and solidarity from Gaza. We need hope and dignity more than anything else."

During his three-day visit to Japan, Mr. Krähenbühl also met with senior officials in the Prime Minister's cabinet, the Ministry of Foreign Affairs and the Ministry of Finance, as well members of the Parliament.

Following a first contribution by Japan in 1953, the partnership between UNRWA and Japan has grown significantly since, with Japanese contributions to the Agency reaching a record US$ 39.2 million in 2015. This allowed UNRWA to improve and expand its health services, carry out essential construction projects in Gaza, and provide food and other emergency activities in the Agency's five field of operations.