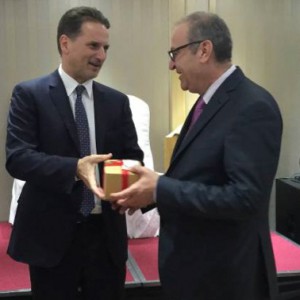 UNRWA’s Former Commissioner-General previously paid a brief visit to Australia for three days where he met with Ms. Julie Bishop, Minister for Foreign Affairs of Australia, and other Australian officials. The Former UNRWA Commissioner-General also met with Arab Ambassadors accredited to Canberra on the 1st of December where he briefed them on the difficult situation of refugees in Gaza as a result of the repeated illegal Israeli aggressions as well as the financial crisis of UNRWA.

The Arab Ambassadors displayed a keen interest in the work of UNRWA and proposed to organize a photo exhibition of UNRWA’s activities to be displayed in Australia.