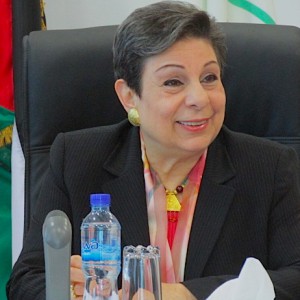 PLO Executive Committee Member Dr. Hanan Ashrawi strongly denounced the Knesset’s approval of a bill that passed a preliminary reading which would “legalize” the annexation of Palestinian privately owned land and illegal outposts in the occupied West Bank, and said, “Such a bill constitutes a legal travesty.   Israel is persistently and willfully legislating outside the realm of international law in order to legalize its criminal settlement agenda, considered a war crime under the Rome Statute of the International Criminal Court.

Benjamin Netanyahu’s right-wing extremist government is deliberately escalating its illegal settlement enterprise and stealing Palestinian land and resources in and around Jerusalem and in Area C in order to destroy the two-state solution and to superimpose “Greater Israel” on all of historic Palestine.

We are seeking accountability for Israel for its dangerous and flagrant policies of land theft, territorial expansion and oppression.  We call on the United Nations Security Council to convene an emergency meeting in light of Israel’s disastrous settlement activities and to undertake serious punitive measures against Israel.  Israel’s actions are provoking grave violence and instability in an already-volatile region; the international community must intervene immediately before it is too late.”