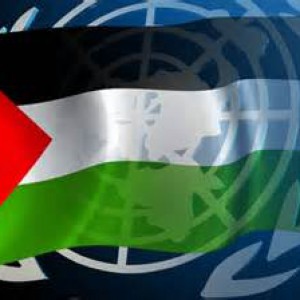 Identical letters sent to United Nations Secretary-General, President of the Security Council(France)and President of the General Assembly on 49 years of Israeli occupation and illegal Israeli settlement activities and crimes against the Palestinian people.

Yesterday, Muslims worldwide, including Palestinian Muslims in the Occupied Palestine, including East Jerusalem, marked the first day of the Holy Month of Ramadan.  This year, Ramadan began one day after Palestinians, Muslim and Christian alike, tragically marked the passage of 49 years since the onset of the Israeli military occupation of the Palestinian and Arab lands on 5 June 1967.  This somber anniversary, which comes just weeks following the observance of the 68th year since the 1948 Al-Nakba, is yet another painful reminder of the injustice imposed on the Palestinian people and the continued inability of the international community to fulfill its obligations under the United Nations Charter, international law and relevant resolutions to bring an end to this illegitimate occupation and to justly resolve the question of Palestine in all its aspects and to ensure the realization of the inalienable rights of the Palestinian people, including the right to self-determination and freedom in their own independent State of Palestine, including East Jerusalem, rights which they have for too long been denied.

Clearly, the failure to hold Israel, the occupying Power, accountable for its grave breaches of the law and ongoing brutal subjugation of the Palestinian people has protracted and exacerbated this conflict, with grave consequences on human lives and on the prospects for peace and stability.  This is starkly reflected in the current situation on the ground in Occupied Palestine, including East Jerusalem, where Israel’s illegal policies and practices continue to detrimentally affect every aspect of life for the Palestinian civilian population, who continue to endure, inter alia, death, injury, dispossession, displacement and countless other human rights abuses at the hands of a merciless occupying Power.

One manner in which Israel, the occupying Power, continues to exploit the international community’s inaction is by continuing to systematically and deliberately colonize the Palestinian land it has belligerently, illegitimately occupied since June 1967, in grave breach of international law, including humanitarian and human rights law, as well as international criminal law as articulated in the Rome Statute of the International Criminal Court.  On a daily basis, Israel confiscates Palestinian land, expands and constructs both settlements and its annexation, Apartheid Wall, demolishes Palestinian homes and other civilian structures, forcibly displaces and transfers Palestinian civilians, and exploits the natural resources of the Palestinian land. Despite the widespread condemnations and calls for cessation, and the international consensus that the major obstacle and biggest threat to achieving the two-State solution for peace are settlements, Israel seems determined to continue with its expansionist agenda in direct contempt of the law and of the will and calls of the international community.

Just yesterday, 6 June, an announcement regarding illegal settlement construction came from the so-called “Israeli Jerusalem municipality”, which declared its intent to build an illegal settlement comprising 15,000 settlement units in the Qalandiya area in the Occupied West Bank, which is to be renamed “Atarot”.  In this regard, according to media outlets, the so-called “Israeli mayor of Jerusalem”, who is also heading the illegal planning and construction committee, stated: “I intend to build a neighborhood to meet the demands of the Haredi community… Such an intention has always been there. I am determined to make it come true.”

Such preliminary announcements occur too often and are usually approved thereafter by the right-wing Israeli Government of Prime Minister Netanyahu, under which settlement building and expansion have continued unabated. Here, it is important to recall the many Security Council resolutions directly addressing this crime, including, inter alia, resolutions 446 (1979), 452 (1979), 465 (1980) and 478 (1980).   In light of the current circumstances, we continue to call on the Security Council to reaffirm this strong and well-established position on Israel’s illegal settlement campaign.  A firm message must be conveyed to Israel that its settlement activities and continued entrenchment of occupation and obstruction of a peaceful solution will not be tolerated and that it will be held accountable for such breaches.  In the absence of such an unequivocal message, Israel will only continue its violations with absolute impunity, a fact starkly borne out by the evidence on the ground over the years.

At the same time, I must draw your attention to the continued killing and injury of Palestinian civilians by the occupying Power.  Israeli occupying forces continue to commit extrajudicial executions against Palestinian civilians who they claim were carrying out a “stabbing attack.”  As with other recent killings of Palestinian civilians, independent and international investigations must be carried out to provide substantial proof that these so-called “stabbing attacks” against occupying forces, which are armed to the teeth with the most lethal weaponry, ever occurred in the first place.  This narrative cannot be accepted without question as it is used over and over again to justify and pardon the excessive force and acts of extrajudicial executions against the Palestinian people held captive by this cruel and violent occupation.

The latest Palestinian to be accused of a so-called “stabbing attack” was a young woman, Ansar Husam Harsha, (age 25), from Qaffin town, near the West Bank city of Tulkarem. On 2 June 2016, Israeli occupying forces opened fire on Ansar at the “Innab” checkpoint. Ansar was more than 10 feet away from the occupying forces when they shot her. After she was shot, Red Crescent medics rushed to the scene to provide her with emergency medical attention, but the occupying forces, as in so many other instances, prevented help from reaching her. Ansar, a wife and a mother of two small children, Hadeel (2 years) and Yamen (4 years), tragically died of her wounds.

Also, yesterday, 6 June, a Palestinian youth, Jamal Mohammed Dweikat (age 20), died after succumbing to critical wounds sustained on Friday, 3 June. Jamal was shot in the head by occupying forces with live fire when clashes broke out in Nablus in the West Bank after a group of some 4,000 right-wing Israelis, including Knesset members from right-wing parties and illegal settlement leaders, raided the eastern side of the city escorted by occupying forces, reportedly arriving after midnight and leaving at dawn Saturday morning.  In addition to the death of Jamal, at least 10 Palestinians were reportedly wounded in the clashes, in which occupying forces used live fire along with tear gas canisters and rubber-coated steel bullets against Palestinian civilians.

Further in this regard, I wish to draw attention to just some of the hundreds of other crimes perpetrated by Israel, the occupying Power, in the period since our last letter to you:

In this regard, I wish to refer to the recent Ministerial Meeting convened on 3 June 2016 in Paris as a “Middle East Peace Initiative”, under the auspices of the President of the French Republic.  This meeting of international partners constituted an important step in reasserting the urgency of fully ending the Israeli occupation that began in 1967 and just resolving the Israeli-Palestinian conflict on the basis of the relevant United Nations resolutions and with due regard for the importance of the implementation of the Arab Peace Initiative. The Joint Communique issued by the Ministers underscored, inter alia, alarm at that actions on the ground, particularly acts of violence and settlement activities, are imperiling the two-State solution, and highlighted not only the roles of both parties but also the responsibilities of the international community to help preserve the two-State solution and to tangibly advance the prospects for peace.  On this solemn anniversary of the 49th year of occupation, we appeal to the international community to act with urgency and the highest sense of responsibility and purpose to uphold their decades-long promises and commitments and their legal obligations to bring this injustice and tragedy to an end.  The Palestinian people can no longer be reasonably asked or expected to wait for their rights and freedom; justice and peace cannot be delayed. Let this be the year that they are finally realized.

This letter is in follow-up to our 586 previous letters regarding the ongoing crisis in the Occupied Palestinian Territory, including East Jerusalem, which constitutes the territory of the State of Palestine.  These letters, dated from 29 September 2000 (A/55/432-S/2000/921) to 16 May 2016 (A/ES-10/722-S/2016/450) constitute a basic record of the crimes being committed by Israel, the occupying Power, against the Palestinian people since September 2000.  For all of these war crimes, acts of State terrorism and systematic human rights violations being committed against the Palestinian people, Israel, the occupying Power, must be held accountable and the perpetrators be brought to justice.