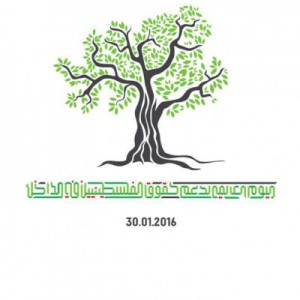 Response from the Israeli State

·         Netanyahu stated that there were currently two states in Israel, one law-abiding and one lawless, and that he was not “prepared to accept two States of Israel, a state of law for most of its citizens and a state within a state for some of them, in enclaves in which there is no law enforcement and in which there is Islamist incitement, rampant crime and illegal weapons… this era has ended” [1]

·         Netanyahu promised to “…dramatically increase law enforcement services in the Arab sector”, stating that: “We will open new police stations, recruit more police officers, go into all the towns and demand of everyone loyalty to the laws of the state”[3]

·         While Israeli police claim these raids were conducted in the search for Milhem, Palestinian-Israeli students have accused the police of carrying out targeted raids to scare Arab students and send “a message that Palestinians aren’t welcome in their own country”[4]

Response from the Palestinian Israeli Community

·         The predominately Arab Joint List Party condemned the attack stating that “the Joint List has always been, and remains, against harm to innocents. We denounce and reject this out of hand”[6]

·         The local council of Arara, the Arab village hometown of Nashat Melhem condemned the shooting as not representative of the village, offering condolences to the families of the victims[7]

Netanyahu accused of incitement against Palestinian citizens of Israel

·         Jafar Farah, director of Israeli Human Rights Group, the Mossawa Center, stated that increasing law enforcement in Palestinian towns and villages ignores the root causes of violence – “more law enforcement is not the solution”, Farah said. “The solution is to deal with core issues from occupation to systematic discrimination”. Farah also suggested that “Netanyahu is using the opportunity to attack the whole community, as he has done for years”[8]

·         The Israeli police account of the incident has been challenged by local residents of Arara, who have insisted that Milhem could have been arrested alive[9]

Status of Palestinian citizens of Israel:

·         An estimated 1.7 million Palestinians (Muslims, Christians and Druze) hold Israeli citizenship and are subject to discriminatory laws that restrict political expression and access to state resources

·         In March 2013 Israeli human rights group Adalah launched the Discriminatory Laws Database, an online resource that collects more than 50 Israeli laws enacted since 1948 that directly or indirectly discriminate against Palestinian citizens of Israel in all areas of life, including their rights to political participation, access to land, education, state budget resources, and criminal procedures[10]

·         Israel is signatory to a number of international conventions, which are violated by its system of discriminatory laws against Palestinian-Israelis

·         According to the 1998 Report of the UN Committee on the Elimination of Racial Discrimination, the Convention “is far from fully implemented in Israel and the Occupied Palestinian Territory, and that the shortfall contributes very significantly to the dangerous escalation of tension in the region”.[12]

·         Israeli policies of exclusion and discrimination, along with its government’s inflammatory statements work against equality within Israel and contribute greatly to the escalation of tensions in the region.