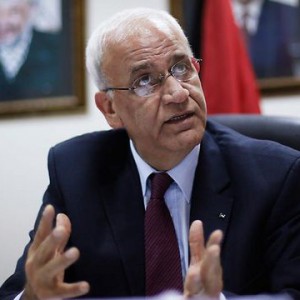 Saeb Erekat, secretary-general of the Palestinian Liberation Organisation, has warned on Friday that implementation of Donald Trump's pledge to relocate the US embassy to Jerusalem would destroy any prospects for peace with Israel.

He issued the grim prediction just a day after Trump announced his decision to nominate as ambassador to Israel David Friedman, a pro-Israel hardliner who supports continued building of Jewish settlements and shifting the embassy from Tel Aviv.

Erekat said he would like to look Trump and Friedman in the eye and tell them "if you were to take these steps of moving the embassy and annexing settlements in the West Bank, you are sending this region to more chaos, lawlessness and extremism."