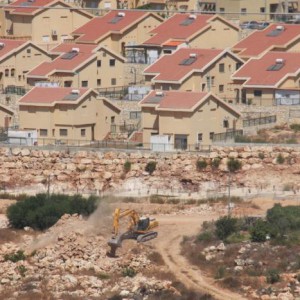 “Only last month, Israeli Construction and Housing Minister Yoav Galant claimed that Israel’s policy is not to build in the West Bank.  However, Israel just announced plans to construct 82 units in the illegal settlement of Ramat Shlomo and to build an illegal settlement outpost of 15,000 units in the Qalandia Airport area (Atarot).  Once again, Israel is spreading outright lies and falsehoods to mask its true intentions of isolating Jerusalem from its Palestinian environs and ethnically cleansing the occupied city of its indigenous population.

With the escalation of the illegal settlement enterprise, Israeli Prime Minister Benjamin Netanyahu is sending a clear message to the internationalcommunity that the Israeli government is interested only in expansionism, control and pandering to the extremist and racist settler population.

It is up to governments worldwide to put an end to Israel’s continued annexation of Palestinian land and its destruction of the two-state solution; we call on the international community to intervene immediately and to exhibit the political will necessary to make Israel cease and desist its flagrant violations of international law and consensus once and for all.”