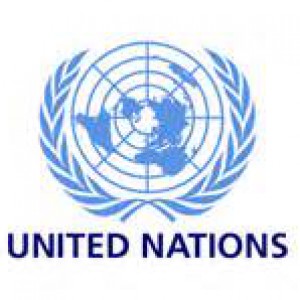 The Israeli-Palestinian conflict is not just one of many conflicts in the region and the world.  It is in many ways a long-standing, gaping wound that has fed tension and conflict throughout the Middle East and beyond. For nearly a century, division, strains on trust and violence have arisen from conflicting goals, from conflicting identities and from conflicting aspirations.

As the Secretary-General Ban Ki-moon and I now near the end of our tenure at the end of next month, it is worth openly and honestly reflecting on achievements, but also on missed opportunities over the last decade.  The institution-and capacity-building programme of the State of Palestine, supported by the international community, not least by this key Committee, has been a notable advance, no doubt. We must protect what has been accomplished and continue to support efforts to meet the needs of all Palestinians in a future state.

These are important symbols, no doubt.  But they will only have true significance, I am sure you agree, if we see progress in ending the Israeli occupation and resulting in two States, Israel and Palestine, living side by side in peace and security.

Sadly, in many ways the last 10 years can be described as a lost decade for Israeli-Palestinian peace-making.  If the stalemate continues or deepens, the two-state solution may well slip out of reach.

A decade after Gaza was taken over by Hamas – whose violent actions against Israel we condemn – its people remain separated from the West Bank.  Despite numerous initiatives and the formation of a Palestinian Government of National Consensus, the divide undoubtedly continues to run deep. After three violent conflicts and crippling restrictions imposed by Israel, 2 million Palestinians in Gaza are struggling with a crumbling infrastructure and a paralyzed economy.

Tens of thousands of people are still displaced, awaiting reconstruction of homes destroyed.  Gaza remains a humanitarian catastrophe.  The economic and environmental toll continues to ravage lives and to undermine peace and stability.

In 2012, the United Nations Relief and Works Agency (UNWRA) warned that Gaza could become an unlivable place by 2020.  Its unemployment rate is one of the highest in the world, and is particularly severe among young people.  Reconstruction has been dangerously slow, and donor pledges have not fully materialized.  I already mentioned the crippled infrastructure.  Even water is not available to all.

Meanwhile, the Israeli occupation of the West Bank, including East Jerusalem, has become more entrenched.  The continuing policy of settlement construction, as well as the designation of land for exclusive Israeli use, seriously erodes the viability of the two-state solution.  To this should be added that this year, the number of demolitions of Palestinian houses and other structures by Israeli forces has doubled, compared to 2015.

Israeli and Palestinian leaders still voice their support for the two-State solution. However, without urgent steps to revive a political perspective, they risk entrenching a one-state reality of perpetual occupation and perpetual conflict.  This is clearly incompatible with the national aspirations of both peoples.

All this has led to growing anger and frustration among Palestinians and profound disillusionment among Israelis. It has strengthened radicals and weakened moderates on both sides.  The calls for non-violence and peace risk being overwhelmed by growingly extremist messages.

At the same time, let us also admit that there is a dangerous vacuum within the international community.  So many other crises on the doorsteps and desks of world leaders cry out for attention and action in today’s world.

Yet, we cannot afford to shy away from the Israeli-Palestinian arena.  Gaza remains a time-bomb.  Jerusalem can turn into a powder keg.  The internal divisions in the West Bank add a new dimension to the paralyzing lack of Palestinian unity, which ultimately can undermine democracy and the rule of law.

World leaders have stated time and again that this situation is unsustainable.  With the Israeli occupation approaching its 50th year, the international community must make it clear that it remains committed to achieving dignity and self-determination for millions of Palestinians.

To Israeli friends, I say: we recognize your legitimate security concerns.  But holding another people occupied for half a century undermines the values and the strength of your democratic society, of which you are proud and are right to be proud.

To Palestinian friends, I say: we recognize your legitimate grievances and the grave injustices you have faced.  But nothing justifies terror, violence and incitement.  And unity among Palestinians must be restored.

To both, I say that your historic and religious bonds with this common land are undeniable and must be the basis of any future agreement.

The outlines of a peace agreement are well known.  The steps required to end the stalemate and get the political process back on track are not new, they are not revolutionary.  These steps have also been spelled out in the recent report of the Middle East Quartet.

The UN, as well as our partners in the Quartet, remains committed to working together with key stakeholders, including countries in the region, to implement the report’s recommendations, to rebuild trust between the parties and to create conditions for meaningful negotiations.  We also welcome initiatives by the French and Russian Governments.  We invite Israel and Palestine to work together with us in reviving the stalled peace process.

It is with a sense of profound sadness that the Secretary-General will leave office without seeing an end to the Israeli-Palestinian conflict.  The Secretary-General has visited the region 11 times, including during times of war, to see the situation first hand, help negotiate ceasefires and push the peace process forward.  He will cover this issue and his persistent efforts at peacemaking in a special report to the Security Council later this month.

We are certain that the Secretary-General-designate, António Guterres, will build on these efforts.  We wish him success in helping achieve a lasting solution to this tragic conflict.