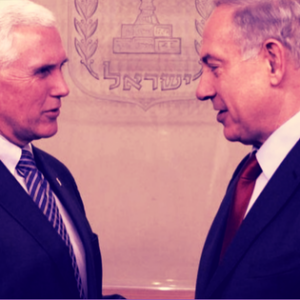 “The partnership was dissolved and has been negated by U.S. President Donald Trump's unilateral actions predetermining the future of Jerusalem and handing it over to Israel.  Thus, we became a victim of unilateralism and illegality.”

“On the contrary, President Trump’s decision feeds radicalism, extremism and violence because it is an act of supreme provocation, and it strikes at the core of people's beliefs in the region.”

… that threatens the hopes and dreams of future generations.

“The prejudicial actions of the military occupation and U.S. collusion with it continue to destroy the hopes and dreams of the Palestinian people who want to experience freedom and justice.”

“It is unfortunate that the Palestinians have been excluded from determining and shaping their own future and in exercising their right to self-determination. They were deprived of the opportunity 'to discuss the future of the region’ when the U.S. pre-determined all talks unilaterally and prejudged their outcome.”

“You do not 'achieve peace’ by rewarding aggression and illegal annexation while punishing the victims. The U.S. has destroyed the very foundations and prospects of peace.”

... and our peace team remains hard at work putting together a plan.

“Such a nonexistent and long-promised 'plan’ has bought Israel more time to create more facts and to persist in violating international law and destroying the two-state solution.”