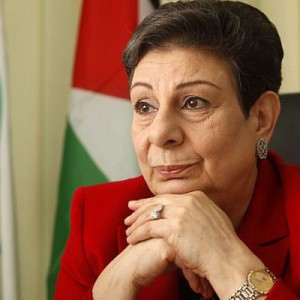 “We convey our gratitude to the fourteen UN Security Council members who voted yesterday in favor of the UNSC resolution reaffirming all previous resolutions on Jerusalem and rejecting U.S. President Donald Trump's decision to recognize Jerusalem as Israel's capital.  Such a principled and unified position reiterates the commitment of the international community to protect international law and to maintain the requirements of peace.

The U.S. Ambassador to the U.N. Nikki Haley’s speech to the UN Security Council compounds the injustice already inflicted on the Palestinian people.  First, the U.S. gives away Jerusalem, recognizing it as Israel’s capital and declaring its intention to move its embassy to Jerusalem, and second, it vetoes a move that was intended to rectify such illegal and irresponsible behavior.  It is inconceivable that as a member of the UNSC, the U.S. is committing this egregious violation and defying the global rule of law and the will of the international community.  By using its veto, the U.S. has positioned itself alongside Israel, outside the law and on the side of illegality and occupation.  It has also become complicit in Israel’s illegal annexation of Jerusalem.  As a result, it is facing international isolation and condemnation while attacking the very organization that is globally entrusted with maintaining the rule of law and peace and security throughout the world.

We will persist in our efforts to seek protection for the people of Palestine and accountability for Israel in the international arena.  We will participate in an emergency session at the UN General Assembly to be held this week in accordance with the "Uniting for Peace Resolution” (377 A (V)); we fully intend to make sure that justice will prevail and American-Israeli violations will not succeed in undermining the peace and stability of the world.”